Finland’s prime minister Sanna Marin has revealed she has taken a drugs test, as a new leaked video emerged showing her dancing closely with a male popstar in a nightclub in Helsinki.

It comes after a number of videos have been leaked to the press showing the fun-loving politician partying with her friends.

But critics have said that her partying is irresponsible at a time when her country’s tensions with Russia have intensified over her efforts to have Finland join Nato.

In the newest leaked video, Ms Marin dances intimately with a man who is reportedly Finnish popstar and songwriter Olavi Uusivirta.

He can be seen with his hands around her waist and – at one point in the video – it appears he is either kissing her neck or whispering in her ear as they danced at the nightclub Klubi at about 4am on Sunday 7 August.

At a press conference on Friday, after the video was leaked, Ms Marin said that she had undergone a drugs test to “clear [her] reputation” after she was accused of being around people who had allegedly been using drugs.

She said: “I have today taken a drug test and the results will come within a week.”

“Never in my life have I used drugs,” Ms Marin said.

She also said that she has not seen or been aware of anyone using drugs around her.

When asked about the video, she said: “I don’t remember anyone kissing my neck. It seems to me that I was being talked into.

“It is true that I am married. These are private matters, and I will not comment on them. But I don’t think anything inappropriate happens in that video.”

Speaking to Finnish magazine Seiska, a few witnesses who were at the nightclub said Ms Marin and her group of friends arrived at 2.30am and that she was dancing “intimately with at least three different men.”

Ms Marin is married to her husband, who she has been with for 18 years and has a four-year-old daughter.

Seiska added that Ms Marin had stayed in the club until at least 4.30am before going home to recover. 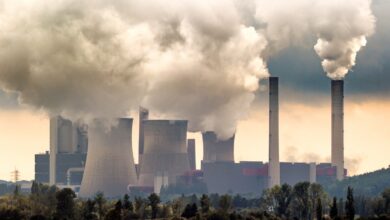 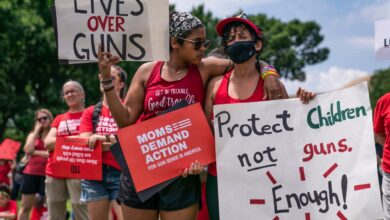