Floyd Mayweather and Conor McGregor are reportedly set to fight one another again in 2023.

Boxing icon Mayweather and former UFC champion McGregor boxed one another in a professional bout in 2017, with Mayweather stopping the Irishman in the 10th round.

The contest was the final fight of Mayweather’s pro career, in which he went unbeaten at 50-0, and he has since taken part in exhibition bouts against kickboxing star Tenshin Nasukawa, YouTuber Logan Paul and boxer Don Moore.

The American, 45, is set to box mixed martial artist Mikuru Asakura in Japan this weekend and will then face McGregor again next year, according to the Daily Mail.

“I want to go out there this weekend and have fun,” Mayweather told the Mail. “Then I have another exhibition in Dubai in November, and me and Conor McGregor in 2023.

“We don’t know if it’s going to be an exhibition or a real fight [against McGregor], but there’s been talks of both. I would prefer an exhibition. I am not into fights where I am going to take any real punishment.”

McGregor took a year out from MMA to box former multiple-weight world champion Mayweather, relinquishing the UFC featherweight and lightweight titles to do so.

Since fighting Mayweather, the 34-year-old has only competed in the UFC four times, losing to Khabib Nurmagomedov and Dustin Poirier (twice) as well as beating Donald Cerrone.

McGregor is recovering from a broken leg suffered in his second straight defeat by Poirier last July, and the Irishman is expected back in the Octagon in early 2023 at the earliest. It is unclear how a potential bout with Mayweather could affect that timeline, however. 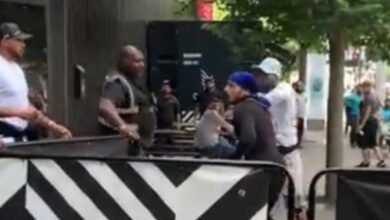 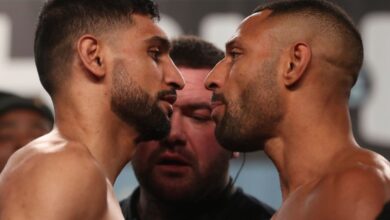 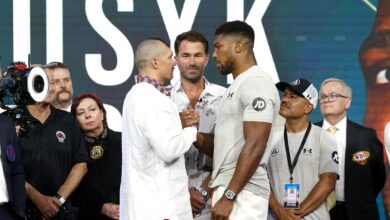