Question: Recently, there have been frequent reports in the media about summoning social network users and journalists to the Prosecutor General’s Office, warning them, filing lawsuits against them, and courts sentenced journalists to a fine or administrative arrest. Are these solutions legal?

This provision can help prevent certain specific crimes. But it is very dangerous to use it specifically in the context of freedom of expression, for example, in relation to persons expressing their opinion on social networks. Imagine that a person shared his status on social networks, the prosecutor’s office calls him and warns him not to write about it. Thus, the prosecutor’s office indirectly admits that there are no violations, otherwise proceedings or a criminal case on an administrative offense should have been started, but there are none. If there is no violation, then why warn the person? Such a move, especially on such a sensitive issue as freedom of speech, has a deterrent effect, discouraging people from expressing opinions that do not contain elements of lawlessness, thereby narrowing the boundaries of freedom of speech, the pillar of democracy. The initiation of cases on administrative offenses is the same as the police administrative cases against social activists, which have been used by the police for many years as a means of political pressure, only this time the case is initiated directly by the prosecutor’s office.

Question: Over the years, we have heard that many have been persecuted for criticism. However, these individuals were found guilty on other charges. That is, even if they were punished for a particular critical opinion, the official charge would be different. Now the prosecutor’s office openly announces punishment for a specific posting, commentary, even journalists for articles. For what purpose is this being done?

Answer: Actually, the persecution came in both forms. It’s just that earlier activists were accused of acts not related to their activities. But the steps taken so far, ranging from imprisonment to various forms of pressure, to a large extent, in one form or another, have been related to freedom of expression. For example, if a journalist is detained, then this is due to some article, even if a political activist is detained for participating in a rally, then this is due to the right to freedom of assembly, as well as freedom of expression. Because the places where rallies and actions are held are those places where freedom of expression is exercised aloud and loudly, where the purpose of the meeting is the massive use of this freedom. The purpose of detaining individuals for exercising freedom of speech on other charges is more serious than the consequences of declaring the exercise of that freedom a legitimate aim.

Question: Why is a site being sued for a comment made by someone on a facebook page? Isn’t this putting pressure on the media, not establishing control over it? It turns out that the Prosecutor General’s Office acts as a censor?

Answer: First of all, please note that we cannot separate the facebook account from these sites. In this sense, the site can be held responsible not only for the posts that occur on facebook accounts, but even for the comments under those posts. In this regard, there is already a decision of the European Court. In this sense, it is theoretically possible to sue websites. However, in evaluating this, we must not lose sight of such circumstances as the legality of the interference, the existence of a legitimate purpose for this interference, its necessity, even if it is legal. If none of these three requirements are met, the steps taken against the sites will result in a violation of freedom of expression. Also, when assessing the above three requirements, in particular, whether intervention is necessary, one should pay attention to the specifics of the circumstances of this case: the content of the comment (incitement to violence, incitement of hatred, etc.), the potential danger of this comment, the degree of its accessibility to other users whether the site is taking any steps to prevent this comment from reaching a wider audience, etc. If a lawsuit has been filed against the site and the court has not yet decided, this does not mean that freedom of expression has been violated. But if the prosecutor’s office sues a site for being too small a critical comment, then the very act of going to court can already create a deterrent effect on the activities of this site, and cases of going to court in such a case can violate freedom of expression, no matter what the court decides.

Question: This kind of official communication mentions:  The Article 21 of the Law of the Republic of Azerbaijan “On the Prosecutor’s Office”, at the same time Article 388-1.1.1 (posting information prohibited for dissemination in an Internet information resource or information and telecommunications network, as well as failure to prevent the posting of such information) of the Code of Administrative Offenses, or 388-1.1.2 (for failure to take measures provided for by the Law of the Republic of Azerbaijan “On information, informatization and protection of information” in connection with the withdrawal of information prohibited for distribution posted on the information Internet resource). Do these laws and articles have the power to regulate freedom of expression?

Answer: Let’s never touch these laws separately, it will take a long time. There are many gaps in the mentioned laws. In particular, there are provisions that do not meet the principle of legal certainty, their scope is very wide, which, on the one hand, creates difficulties for persons enjoying freedom of expression, reduces their ability to bring their actions in line with the law, on the other hand, gives government agencies have broad powers, which increases the incidence of abuse. However, it would also be wrong to say that what is happening was caused by the imperfection of the legislation, the inconsistency with international standards. It is a delusion to think that if we adopt ideal legislation, the interference will stop. Since this problem is largely systemic, and has a very deep reason – the imbalance of the branches of power, the influence of the executive on the judiciary. Therefore, the ability of laws to regulate free speech in countries such as ours depends primarily on political will. If there is such a will, then even the flawed legislation that we mentioned can work effectively.

Question: The international conventions to which Azerbaijan has joined, as well as the Constitution, support freedom of expression. This means that the number of persons applying to the courts in such cases, especially the European Court of Human Rights, will increase. This will deal a blow to the image and budget of Azerbaijan. In that case, why does an official state body take such steps?

Question: Lately we have been witnessing arrests by court order of several political figures, even under articles on libel. Party chairman Ali Aliyev, one of the activists of the “Terter case” Ilham Aslanoglu. But, the issue of defamation also applies to freedom of expression. What does all this mean? Is there a new trend emerging?

Answer: Both of these cases have some distinctive features. Ali Aliyev, commenting on the helicopter crash, put forward a version different from the version put forward by the State Border Service in connection with this disaster. His version eliminates the chances of survival in a helicopter crash. He also does not claim the authenticity of the version he put forward, but simply notes that this version has the right to exist like other versions. In order for an act to be defamatory, the publicly disseminated information must be false, the person disseminating this information must be sure that it is a lie, and its main purpose of dissemination must be to discredit the honor and dignity of a person or himself. However, the opinions expressed by Ali Aliyev in his speech about the helicopter crash are, as he himself said, a version, a judgment, it simply means that a fair investigation will reveal the truth. And most importantly, his critical speeches were not directed against the surviving military. In such a situation, imposing a maximum sentence on him for defamation, especially if this article of the criminal law provides for a lighter punishment, is a violation of freedom of expression.

I am not familiar with the case of Ilham Aslanoglu, but as far as I know, he said that another soldier was involved in the murder of one of the servicemen killed in the Terter case, and he gave the name of this serviceman. Many are already aware of the Terter case. At the official level, it is also confirmed that in this criminal case there were cases of torture and even death of people as a result of torture. There are also soldiers who are under arrest in connection with torture. The list of military personnel who took part in the torture is unknown. The Attorney General’s Office has resumed the investigation. If the investigation is resumed, it means that serious problems arose in the previous criminal prosecution. If a fair investigation is carried out, the names of those involved in torture may be disclosed. As a result of this investigation, we will find out whether the soldier named by Ilham Aslaloglu was involved in the torture. And what will happen if in the end it is confirmed that the name of this person is on the list of persons who tortured? Therefore, the fact that one of the district courts placed Ilham Aslanoglu in custody on charges of libel already casts doubt on the renewed investigation. For this reason, without returning to the topic of the need to decriminalize defamation, we can say that in any case, the detention of Ilham Aslanoglu is a violation of freedom of expression.

Question: What to do? What is the exit? As social media users, journalists can fight for freedom of expression?

Question: What to do? What is the exit? As social media users, journalists can fight for freedom of expression? 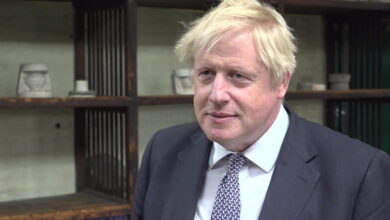 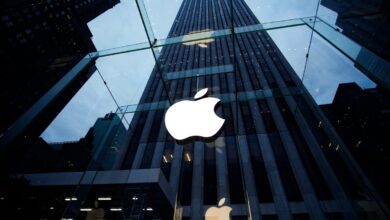 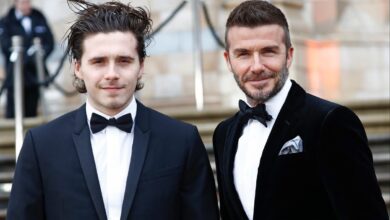 Brooklyn Beckham, you can be a nepotism baby without being unbearable 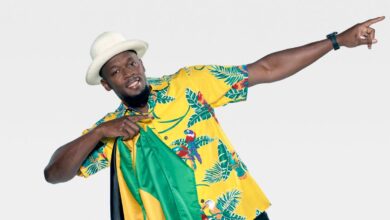