If the long and protracted Frenkie de Jong transfer saga has not already been messy enough, there is one way of making it a whole lot messier. “De Jong should consider legal action v Barcelona and all players should be behind him,” Gary Neville tweeted last week. “A club spending fortunes on new players whilst not paying the ones they have under contract their full money is immoral and a breach. @FIFPRO should be all over bullying like this and stop it.”

Predictably, Neville’s tweet did not go down well among Barcelona’s support – with some even going as far as to pretend his infamous spell in charge of Valencia went even worse than it actually did – but you do not have to be a former Manchester United right-back to sympathise with the sentiment behind it. For a financially-challenged club like Barça to push a player out so that they can fund a summer of extravagant spending is one thing. To do so while refusing to pay him wages that he is owed is another entirely.

Earlier this month, Marca revealed that De Jong agreed to defer approximately €17m in wages when extending his deal during the pandemic. In order to help Barcelona cope with the financial impact of Covid-19, the Netherlands international signed a two-year extension until 2026 which reduced his basic €14m-per-year salary to €3m during 2020-21 and €9m last season. This left a deferred €16m to be spread over the remaining four years of his deal, plus an additional €1m to be paid in the final year.

On top of those deferred wages, Barcelona would still be obliged to pay four more years of his basic salary and €15.6m in loyalty bonuses. Altogether, the package comes to €88.6m, but even that does not include appearance and performance-related add-ons which could take the total figure well into nine figures. In that context, it is not difficult to see why a club in Barça’s precarious financial position is eager to relieve themselves of De Jong’s contract and cash in on a player who still has substantial resale value.

United have reached an €85m (£71m) agreement with Barcelona for De Jong, with a guaranteed fee of €75m up front and another potential €10m in add-ons. While personal terms still need to be agreed, a settlement also has to be reached between De Jong and Barcelona on the €17m in deferred wages. Barcelona made an initial offer to try and resolve the matter, as reported by The Independent last week, but that was still more than €10m less than what De Jong is owed. Unsurprisingly, it was rejected.

That is where De Jong’s prospective move to United stands, as it has done for several weeks. And if anything useful comes of this long, draining saga and the impasse between a player and his club, it may be that it shines a light on how increasingly common such stand-offs are. De Jong’s predicament is only the most prominent example of a rise in wage disputes across world football and what some in the game call ‘casino economics’ – where clubs offer out lucrative contracts, only to try to shirk obligations when things do not turn out as well as expected.

Employment-related disputes over deferred and unpaid salaries are increasing. During 2020-21, the most recent season for which there is publicly available data, Fifa’s Dispute Resolution Chamber (DRC) received a record number of claims, more than a thousand for the first time. The total of 1,187 was up by a quarter on the previous season, with the vast majority of the complaints lodged by players against clubs rather than vice versa, and this did not include cases involving a player playing in their home country. Research indicates that in more than 80 per cent of employment-related cases heard by Fifa’s DRC, the chamber finds in the player’s favour.

The rise in disputes over the past couple of years is unquestionably linked to the financial impact of the pandemic, which even saw several relatively well-heeled Premier League clubs arranging wage deferrals with their players and staff. Yet while these deferrals were collectively bargained and negotiated between players, clubs and player unions, many others across world football were not. There is a belief among some within football that the pandemic was a good excuse for clubs to attempt to skirt the terms of contracts. The boom in disputes would support that view.

A search through Fifa’s public archive of DRC decisions shows that the vast majority tend to emerge from lower-profile league systems. A handful of the most recent concern clubs in Israel, Luxembourg, Libya and Nigeria, but several Portuguese clubs also appear. Turkish clubs have earned a reputation as serial offenders. And while the players themselves are not household names, high-profile figures crop up every now and then. Emmanuel Adebayor won a case against Paraguayan club Olimpia at the DRC earlier this year.

It is nevertheless rare for a dispute to come out from one of the bigger and more established leagues, and between a player and club of De Jong and Barcelona’s respective profiles. What of Neville’s suggestion, then?

Barcelona’s reluctance to pay the deferred wages certainly sits uncomfortably now Jules Koundé has joined Robert Lewandowski and Raphinha at Camp Nou, their net spend on transfers alone this summer is approaching €150m. At the same time, Barça did not defer De Jong’s wages or those of other first-team players unilaterally and without prior consultation. The deferrals were negotiated and, in De Jong’s case specifically, agreed upon under the terms of a new contract extension. While De Jong may fairly believe he is entitled to his deferred wages upon leaving, Barcelona might argue they were not yet due.

That was one of the arguments presented in the case of Diego Polenta, a Uruguayan defender who lodged a claim at the DRC against Olimpia – the same club involved in Adebayor’s dispute – last year. Polenta’s contract was unexpectedly terminated in June 2021. Olimpia cited the effect of the pandemic, despite the termination coming more than a year after its onset. As part of a wider compensation package for breach of contract, Polenta was also seeking more than $175,000 in unpaid wages from April, May and June 2020, which he had previously agreed to defer until March 2022.

The DRC delivered a partial verdict in Polenta’s favour, ordering Olimpia to pay more than $2.3m in compensation to the player. However, on the specific issue of the unpaid 2020 salaries, the DRC agreed with Olimpia that they had been deferred until 2022 and therefore were not yet due at the time of his contract’s termination. Comparisons with De Jong’s situation cannot be made given each individual player’s contract is different and carries different obligations, but Polenta’s case demonstrates that legally, it is not always simply the case that a player is owed wages they have agreed to defer.

As for Neville’s suggestion that Fifpro should be involved in De Jong’s case, it is up to the player in question and his representatives to approach the union of the country they are playing in for support if they feel it is necessary. For Barcelona players, that would be the Asociación de Futbolistas Españoles (AFE). It is rare for Fifpro to become directly involved in individual disputes in the way Neville suggests they should, unless a player has no national union to approach and therefore few avenues to representation. Fifpro, AFE and the Dutch players’ union – Vereniging van Contractspelers – are not currently engaged in De Jong’s case.

For now, this is between De Jong, his representatives and Barcelona. With still more than a month for this saga to run until the close of the window, there is plenty of time for a resolution to be found. As sports lawyer Dr Gregory Ioannidis recently told The Independent, a negotiated agreement between those parties is far more likely than any legal battle. “If the player really wants to join Manchester United, without losing his highly publicised ‘deferred payments’ with Barcelona, there are ways of making this happen, by looking at all options involving termination of contractual obligations and claiming ‘due payables’”.

Whether or not it is resolved, the sense is that there is still some distance left to run in this summer-long game of brinkmanship. De Jong to United has proved to be one of the messiest transfer sagas in recent memory and given the way the summer has gone so far, there is a chance it gets even messier. 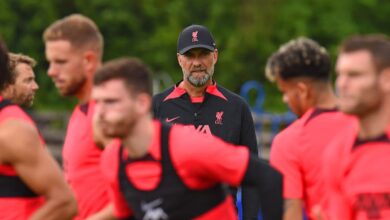 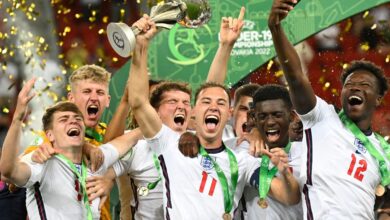 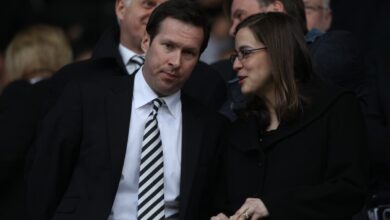 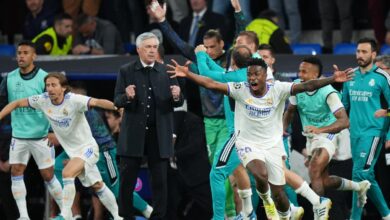