From authoritarianism to democracy in three stages

Azerbaijan has come a long way from the Soviet past, when it was little known outside the USSR, to a country that occupies a prominent place in regional politics, and even in Europe, where Azerbaijan has so far been assigned the role of an ally in energy security.

Azerbaijan is a country of contrasts. On the one hand, a regime that is resistant to external and internal challenges, trying to modernize and keep up with the times, and, on the other hand, a country that is listed in the ranks of states with high rates of social stratification, weak protection of private property, high levels of corruption and monopoly in the economy, production, trade, service sector, etc. A country that occupies a leading position in the world rankings for the violation of human rights and freedoms, in which there is no independent judiciary.

At the head of the state is the Aliyev family, which actually rules and governs the country since 1993, when Heydar Aliyev returned to power after an 8-year break. Estimates of the family’s rule are contradictory. It took place during the period of post-Soviet transformation, the formation of a new political system and socio-political relations, the redistribution of property, in the conditions of a clan and regional struggle for power, external destructive influences that determined the nature of political culture, citizenship, national identity.

At the same time, one cannot fail to note the significant role of President Aliyev in establishing and maintaining the internal and external stability of the state, in restoring the territorial integrity of the country, the absence of which over the past 35 years has been the main detonator of many tragedies, losses and backward processes in various areas of the country’s life.

The expectations of political, public and economic circles that after the 44-day war the situation in the country would change in the direction of solidarity between the authorities and society did not come true. The authorities still govern the country through strict control over all areas, while, however, consistently changing the staff, introducing young officials devoted to the family into management.

This policy is based on the creation of a team of the future, which, once formed, will have to become the engine of change. But not everything is as it may seem. Society is faced with inept management, which makes itself felt in a variety of areas: forced price increases, tariffs, lack of state funds for social needs, attempts to limit freedom of speech. And this is happening in conditions when young officials have taken key positions in problem areas. The facts of abuses and dismissals of a number of young appointees have already been noted. The hope that they will become the locomotives of progress is fading day by day, and this calls for concern in expert circles. Separate attempts are being made to draw the president’s attention to the growing problems.

Even before the 44-day war, which significantly reduced the growing dissatisfaction of society with the solutions to socio-economic and socio-political problems, I often thought about the proposal to apply the model of accelerated transition to a new political system in Azerbaijan, which during the transition period would ensure the harmony of interests of the elite, society and states with the ultimate goal of creating a just, socially responsible state that recognizes the equality of all before the law.

Azerbaijan, in my opinion, needs urgent decisions to reformat the political and economic system in order to accelerate the disclosure of the creative potential of the entire society, end poverty, violations of human rights and freedoms, achieve national consensus and take its rightful place among countries with a high level of well-being population.

The transition period from authoritarian to democratic rule, regardless of the form of government, may take 15 years. This period is chosen based on the intervals between parliamentary elections, as well as five-year action plans.

One of two forms of government can be involved – monarchical and presidential-parliamentary.

The monarchical form of government provides for the empowerment of the current head of state with royal powers and attributes and provides for the transition from absolute to constitutional monarchy.

Stage 1. An absolute monarchy is a monarchy that presupposes the unlimited power of the monarch by anyone and nothing. Under an absolute monarchy, all authorities are completely subordinate to the monarch, and the will of the people can be officially expressed, for example, through an advisory body. (Wikipedia)

Stage 2. A dualistic monarchy (lat. Dualis – dual) is a type of constitutional monarchy in which the power of the monarch is limited by the constitution and parliament in the legislative field, but within the framework set by them, the ruler has the freedom to make decisions (currently Morocco, Jordan). The monarch has the right to appoint a government. (Wikipedia)

Stage 3. A parliamentary monarchy is a type of constitutional monarchy in which the monarch does not have real power and performs representative functions. Under a parliamentary monarchy, the government is responsible to the parliament, which has more power than other organs of the state (although this may vary in different countries) (example of power is Great Britain, Japan). (Wikipedia)

In all three types of monarchy, power is inherited or when the monarch appoints his successor.

Justice Ketanji Brown Jackson: ‘It has taken 232 years for a Black female appointment’ 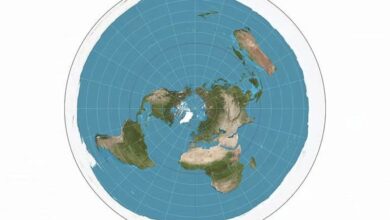 QAnon obsessives say there's one theory too crazy even for them… 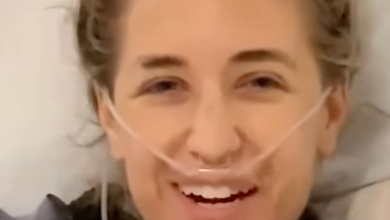 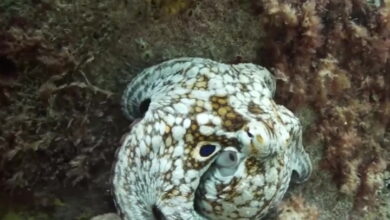 Octopus swims off with diver’s camera