How did Camilla get from Rottweiler to Queen Consort?

“The Rottweiler” was reportedly one of Princess Diana’s more polite nicknames for her husband’s mistress, to use the term of the time. She was the woman Diana also referenced as “the third person in her marriage” to the-then prince of Wales. She squarely blamed Camilla for the collapse of that marriage, and once even confronted Camilla about it in front of guests at a posh house party. Insults were exchanged.

By the time Diana died in Paris in 1997, Camilla Parker-Bowles was the most hated woman in Britain. She was routinely blamed for the untimely death of the hugely popular and charismatic princess, unfavourably compared to the saintly Di, and roundly insulted. She basically had to go into hiding.

The snarling tabloids tore Camilla to bits, rather as a Rottweiler might: the now nominally single woman (divorced in 1995) was a labelled a “hag”, an “old bag”; a “gin-soaked, hatchet-faced, horse-faced, loose but frumpy woman with a Rothmans fag never far from her grasp”. Or, indeed, the Prince of Wales.

In his first address to the nation, King Charles referred to “my darling wife, Camilla”, who he was pleased to confirm was now Queen Consort. It is difficult to overstate what a transformation this represents.

A few years before the death of Diana, back in 1993 – after the separation of Charles and Diana had been announced to a disappointed public – Charles and Camilla, still then a relatively obscure figure, were humiliated by the emergence of clandestine recordings of an eight-minute telephone conversation.

Known alternatively as the Camillagate or Tampongate tapes, they were made public. Anyone could read them in the Daily Mirror, or listen in via a premium rate phone line. A bewildered public, for a modest surcharge to the phone bill, could then listen to the heir to the throne indulge in the most bizarre of fantasies.

Charles hardly made matters easier when he gave Jonathan Dimbleby an interview where he admitted his adultery with Camilla, albeit with an arguably convenient (to him) version of its timing. For most of the 1990s, Charles suffered abysmal opinion poll ratings. In her 1995 interview with Martin Bashir, answering the Dimbleby revelations, Diana went nuclear, going so far as to suggest that Charles wasn’t fit to be king:

“Being Prince of Wales produces more freedom now, and being King would be a little bit more suffocating. And because I know the character I would think that the top job, as I call it, would bring enormous limitations to him, and I don’t know whether he could adapt to that”.

Diana speculated that it might be best skip a generation and go for William, so Charles could “find peace”. Bit of a Rottweiler herself, was Di in that intervention. Most of the public were sympathetic to her view. So, it was sometimes rumoured, were the Queen and the Duke of Edinburgh, who’d harboured doubts about their eldest child’s mettle. As we can see rather clearly now, the Queen was never attracted to to the idea of retirement and breaking her coronation vows, but her son‘s wayward habits and unpopularity reinforced her determination to go on and on.

This all seems a bit heavy and harsh to rake over as the King cracks on with the job, but it is the plain truth, and explored here only to illustrate quite how radical transformation that he and, moreover, Camilla have achieved really is. Their journey together is remarkable.

How did it happen? How did this pair navigate their way from the deepest ravine of public contempt to the now easy acceptance of their double act as head of state and crowned consort?

The short answer is: “love”. It’s not soppy at all, but very real force, and it is that that has sustained their relationship since they met in the summer of 1971, when they were both in their early twenties. Half a century ago, in other words.

The-then Camilla Shand ended up marrying an army officer, Andrew Parker-Bowles. Maybe she hesitated, Charles hesitated, or the Queen was too sceptical, or all three, depending on which version you believe, but their relationship ended by 1973. Or didn’t… by the mid 1980s, they were seeing each other again.

Catastrophic as it almost was for the House of Windsor, the death of Diana opened up the possibility that Charles, now a widower rather than divorcee with a living former spouse, could marry again with less resistance from the Church of England, and its Supreme Governor, the Queen and the Queen Mother.

The Queen Mum doted on Charles, and he on his granny, but she had old fashioned ideas about divorce. “I’m not as nice as people think I am” she’s often quoted as saying; she was, under the pink bonnets, another regal Rottweiler.

Charles’s love for Camilla morphed into a steely determination. By 2001 they were openly co-habiting, much to his mother’s distaste. The then Prince of Wales leveraged his status as heir apparent to gain the Queen’s reluctant assent to a marriage to Camilla. He declared his partnership with Camilla to be “non-negotiable”. Either his mother and her advisers agreed to allow him to marry Camilla, or he’d carry on “living in sin”, until he became king… a tricky proposition of a future head of the Church of England, though commonplace in the real world.

Unlike the case of her uncle, Edward VIII and Mrs Simpson in 1936, or her sister Princess Margaret and a Group Captain Peter Townsend in 1955, the Queen lacked the moral power in a changed world to resist her son’s wish to marry the person he loved. Charles was also more stubborn. The death of the Queen Mother in 2001 removed one obstacle.

An elaborate PR campaign organised by Charles and his close aide Mark Bolland also nudged press and public to acceptance of Camilla. “Operation PB” comprised a charm offensive with newspaper editors, selected leaking of juicy stories, a gradual crescendo of photo opportunities of the pair together in public and similar enticements to cooperate. The Sun became a bit of a Camilla cheerleader. 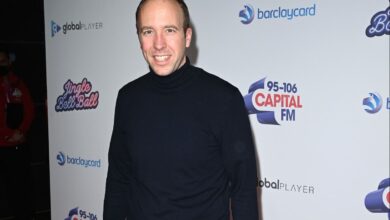 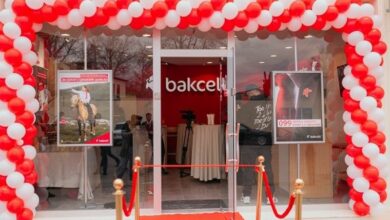 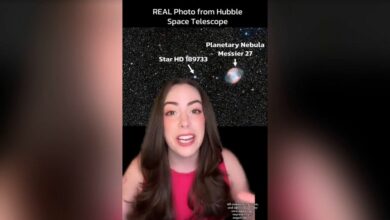