The Wessexes have come a long way from the scandals that once plagued them. Where once they were tabloid fodder, now they are two of the Firm’s most crucial players. Following the death of Queen Elizabeth II on 8 September, Sophie, Countess of Wessex was seen teary-eyed as she viewed tributes for the late monarch at Balmoral. It’s little wonder why, though, as Sophie and the Queen shared a close relationship ,and she had even been touted as one of the Queen’s “favourite” among royal pundits.

Prince Edward and Sophie were initially pushed into the spotlight when the Duke of York found himself in the centre of a scandal surrounding his association with convicted sex offender Jeffrey Epstein. Virginia Giuffre – one of Epstein’s victims – accused Prince Andrew of sexually assaulting her three times. The Duke has strenuously denied these claims and settled a civil suit brought by Giuffre out of court. In an attempt to clear his name publicly, Andrew undertook an interview with Emily Maitlis of Newsnight in 2019. There was significant backlash to the interview and Andrew swiftly announced he would “step back from royal duties”.

Only months later, the Duke and Duchess of Sussex announced they had decided to “step back as ‘senior’ members of the Royal Family and work to become financially independent”. As Meghan Markle and Prince Harry began a new chapter of their lives outside the royal family, the spotlight on Edward and Sophie only intensified. With three major figures in the House of Windsor suddenly gone, the Queen relied on the Wessexes to take on more responsibility, and the public exposure that comes with it. Since picking up some of this slack, Edward and Sophie have shown their strength is often in remaining relaxed and relatively low key in the face of family tumult.

The Earl and Countess seemed to do things their own way from the start. Edward’s well documented love of theatrical pursuits and his incredibly short spell in the Marines before calling it quits already set him apart from his siblings. Sophie’s upbringing was a relatively normal one and the couple enjoyed a five year long relationship before taking the plunge and getting engaged. Even their wedding was relatively relaxed – by royal standards, anyway – and Sophie has said it is “highly unlikely” that her children will ever choose to use the HRH they can claim.

All of these choices seem to have given their relationship a solid base from which they undertake their royal duties. While Sophie was reportedly very close with the Queen – and even became Her Majesty’s “rock” after the death of Prince Philip – the Earl and Countess of Wessex still appear to be somewhat separate from the rest of the family. When asked by the BBC – after his father’s death – about the family’s rift with the Sussexes, he said he stays “way out of it”, adding “it’s much the safest way to be.” Given that, for many years, Edward and Sophie have seemed to operate above the fray, he might well be right about that.

Early in their marriage, the Earl and Countess of Wessex occupied a very different position in the House of Windsor. Initially, the couple pursued their own careers alongside supporting the Queen. Only two years after their wedding in 1999, Sophie was recorded by Mazher Mahmood – an undercover reporter posing as a Sheikh – who claimed to want to engage her PR company with a lucrative contract. At the Dorchester Hotel, Mahmood recorded Sophie discussing her candid thoughts on other members of the royal family, Tony and Cherie Blair and other senior politicians. Her business partner, Murray Harkin, was also reported as telling the “Sheikh” the ways in which, as a client, he would be able to utilise Sophie’s royal connections, even saying disparaging things about Prince Edward when Sophie was not with them.

As soon as the News of the World story broke, Sophie’s embarrassment was swift and immediate. The scandal caused her to leave the PR world behind, and her career at her company R-JH, and immerse herself slowly into royal life. She was, however, not the only royal victim of Mahmood’s “Fake Sheikh”: Princess Michael of Kent and the Duchess of York both later fell for the sophisticated trap. Still, the whole affair made Sophie appear naive to the public, and aspersions were cast about whether she had the subtlety and tact required for royal life.

Prince Edward was forced to endure speculation about his sexuality in his younger years, something he attributed to his love of the theatre. The way in which these rumours were perpetuated is pretty horrifying in hindsight. Today’s society would be more intolerant to the haranguing of a public figure for not capitulating solely to traditionally masculine pursuits. It seems unfair that he was subjected to this scrutiny, and ridiculous that anyone would even care what his sexual orientation might be. However, dealing with this speculation might have given Edward the tools to support Sophie through the backlash she faced after her own public scandal. Equally, these experiences seem to have given him a thick skin, and made him able to brush off bad press and carry on with the task at hand.

While the public certainly has a long memory when it comes to royal scandal, it seems that the Earl and Countess of Wessex have managed to wait it out. These days, they’ve almost reinvented themselves. It was a surprise to most that the fourth child of the Queen would have to take up such a central position. After all, no one would have expected Meghan and Harry to step back as working royals. If the Sussexes had stayed, it seems unlikely that Edward and Sophie would have been pushed right to the forefront.

There is something reminiscent here to King Charles III and Camilla, Queen Consort who have also managed over the years to transform the public perception of themselves as a couple. Where once Camilla was an unpopular figure, she is now seen as hardworking and, for the most part, relatively well liked. Equally, the idea she might be Queen Consort one day was for a long time unfathomable to many. In February, the Queen threw her support behind Camilla taking on the role when the time came. This was met with no surprise, and has been largely accepted by the public since Camilla took on the role after Her Majesty’s death.

Perhaps Meghan and Harry can look to the Wessexes for guidance. Looking at how different attitudes are now to Edward and Sophie, it seems likely that one day the Sussexes will also find acceptance again. Only time passing will truly allow most royal scandals to dissipate. For Sophie and Edward, however, it seems like their stance in the royal family continues to get stronger. Well, until the King implements his long-proposed “slimmed down monarchy”, that is. 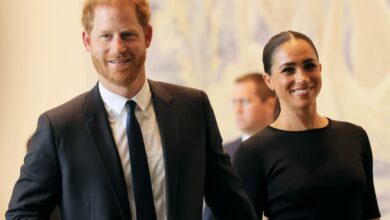 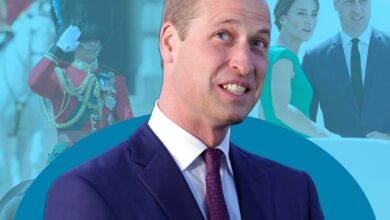 William at 40: Should he really be the next King?