Scotland’s George Miller became the oldest gold medallist in Commonwealth Games history after winning the para-bowls mixed pairs final in Leamington Spa at the age of 75.

Miller, who is lead director for partially-sighted team-mate Melanie Inness, succeeds his para-bowls team-mate, 72-year-old Rosemary Lenton, who briefly held the record after winning the women’s pairs title on Wednesday.

Scotland dominated their B2/B3 final against Wales, who also included a 75-year-old player in Gordon Llewellyn, pulling away in the final four ends to claim a comfortable 16-9 win.

“I’m reasonably pleased, but I think Rosemary is more pleased than I am,” joked Miller. “I was told I could be the oldest winner and I wondered what it meant, and now I’m starting to find out.

“It means a lot to me. I started bowling when I was 42 or 43 and progressed into coach. To be picked to play for Scotland is a dream.”

Miller’s role is effectively to act as an assistant for Innes, helping her to establish her line and describing plays and ends in progress.

Innes said: “I couldn’t do it without George. You can’t see what’s happening or how the balls are running, so George has to give me the information so I can visualise it.”

Neither Miller nor his fellow 75-year-old Llewellyn, who had to settle for a silver medal, showed any inclination to take a backward step, with the Victoria Games in four years’ time already on the agenda.

“I don’t really think of my age,” said Llewellyn. “The alternative is just to sit down and I’m going to do that. In another four years I could break the record again but by then there’ll be more grandchildren, and babysitting is tough.” 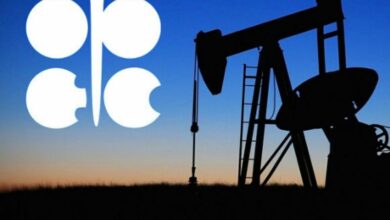 Azerbaijan is producing less and less oil under the OPEC+ quota