A ghost village submerged under a reservoir for 30 years has resurfaced after a major drought emptied a dam on the Spanish border with Portugal.

The village of Aceredo in Spain’s northwestern Galicia region has reemerged from underneath the Limia river for the first time since 1992, when the area was flooded to make way for a reservoir.

The Alto Lindoso reservoir is currently at 15 per cent of its capacity following a drought, which could worsen in the coming weeks, a source from the country’s environment ministry has warned.

“It’s as if I’m watching a movie. I have a feeling of sadness,” said Maximino Perez Romero, 65, of A Coruna. “My feeling is that this is what will happen over the years due to drought and all that, with climate change.”

The eerie ruins have drawn swathes of tourists – with many uncovering debris that once made up doors or beams while searching under half-collapsed roofs, or stacks of bottles outside the shell of what used to be a cafe.

Among the debris is an old drinking water fountain with water still running from the pipe and an old car rusting next to a derelict wall.

The mayor of the region which includes Aceredo blamed the situation on the shortage of rainfall in recent months – particularly in January.

Maria del Carmen Yanez added that the state of affairs had been exacerbated by the Portuguese power utility EDP’s “quite aggressive exploitation”, which manages the reservoir.

In response to the drought, Portugal’s government ordered six dams, including Alto Lindoso, to nearly halt water use entirely for electricity production and irrigation on 1 February.

According to Reuters, EDP said the low reservoir levels were due to the drought, but added it was managing water resources “efficiently” and that these were above the minimum requirements.

It comes after a number of villages in Spain complained last year over the use of the dams after a rapid draw-down from a lake by Iberdrola in western Spain. EDP responded by saying it was following the rules.

Most recent data from the environment ministry shows the country’s reservoirs are at 44 per cent of their capacity, well below the average of about 61 per cent over the last decade, but still above levels registered in a 2018 drought.

Drought indicators showed a potential worsening in the coming weeks, but did not yet detect a generalised problem throughout the country, a ministry source told the news agency.

Jose Alvarez, a former construction worker from Lobios who used to work in Aceredo, said: “It’s terrible, but it is what it is. That’s life.” 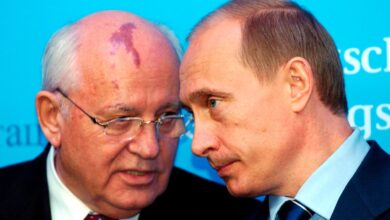 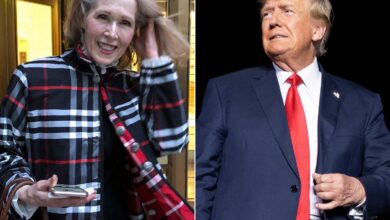 Trump responds to deposition order by denying he raped columnist, adding: ‘This woman is not my type’