Two young girls flew to Spain without their mother after she was turned away by Ryanair.

They were accompanied by their aunt, who was also travelling on the flight to Palma de Mallorca, but under a separate booking.

Kate Barke and her daughters, aged 9 and 11, had checked in for flight FR8386 from London Stansted on 1 August as normal. Each had a bag checked in.

“At the gate about to board the plane, the girl said ‘You can’t get on the plane’,” said Ms Barke.

Even though her passport does not expire until February 2023, it did not comply with a post-Brexit rule for travellers from the UK: a passport for a “third-country” national must be issued less than 10 years ago on the day of entry to the European Union.

Ms Barke said: “The kids were inconsolable – I’m trying to keep it together for their sake.

“I think I said ‘My sister-in-law is on the plane’. All they were concerned about my passport and getting my bag off the plane.”

Her sister-on-law came back from the aircraft to the gate and took the children.

“I was panicking, they’re hysterical. It was hugely traumatic,” Ms Barke said.

“There was no offer of help or assistance. I then had to walk back through the terminal to find my baggage.”

The flight left late as a result of the offload, but made up time and arrived in Palma on schedule.

Ms Barke told The Independent: “I was given very little time, support or options in a very upsetting and stressful situation, 16 minutes before the flight was about to depart.

“The system is flawed. If check in only requires the expiry date of a passport when in actual fact it’s the issue date that it boils down to, and subsequently can result in this kind of horrendous situation, the aviation industry has some big changes to put in place.”

Ryanair asks UK passengers to confirm that their passport meets the two conditions for entry to the EU – less than 10 years old on the day of outward travel, at least three months remaining on the intended day of return – but it is possible to check in even if the first rule is breached.

Ms Barke managed to obtain an emergency appointment for a same-day passport renewal, and travelled on 2 August.

A spokesperson for Ryanair said: “This passenger was correctly denied travel as her passport did not meet the entry requirements for travel to the EU (Spain).

“Her sister-in-law returned to the airport terminal to collect this passenger’s two children, and accompanied them on the flight to Palma.

“This passenger’s claim that the staff did not make rigorous checks to allow the children fly without her is completely false. This passenger – the children’s parent – directly authorised that her sister in law could accompany them. 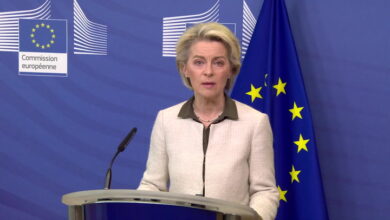 EU Commission announces will buy and deliver weapons to Ukraine 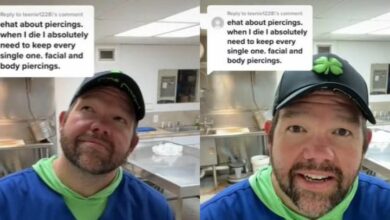 This is what happens to your piercings when you die 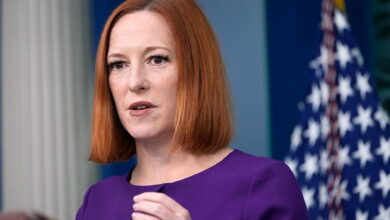