Government borrowing hit £13.5 billion in October as it booked the first costs of the energy support schemes for households and businesses.

The Office for National Statistics (ONS) said the reading was £4.4 billion higher than the same month last year and was the fourth highest figure for October on record.

The figure for October was, nevertheless, below the expectations of economists, with a consensus of experts predicting borrowing of £21 billion for the month.

Total public sector spending grew to £91.2 billion in October, after central government spending increased by £6.5 billion to £76.8 billion for the month.

The ONS estimated that this included around £3 billion on the cost of energy support schemes, including £1.9 billion for the £400 home energy discount payments.

Chancellor Jeremy Hunt said: “It is right that the Government increased borrowing to support millions of business and families throughout the pandemic and the aftershocks of Putin’s illegal invasion of Ukraine.

“But to tackle inflation and ensure the economic stability needed for long-term growth, it is vital that we put the public finances back on a more sustainable path.

“There is no easy path to balancing the nation’s books but we have taken the necessary decisions to get debt falling while actively taking steps to protect jobs, public services and the most vulnerable.”

Meanwhile, public sector receipts – money gained from the public sector, largely through taxes – were £77.6 billion for the month.

The fresh data comes days after the Office for Budget Responsibility (OBR) said government borrowing for the year is set to be higher than it originally forecast in March.

OBR estimates on Thursday also indicated that higher interest rates mean that the cost of servicing Government debt will double to over £120 million next year and make public finances “more vulnerable to future shocks”.

Who do you think will win the Tory leadership race? Have your say 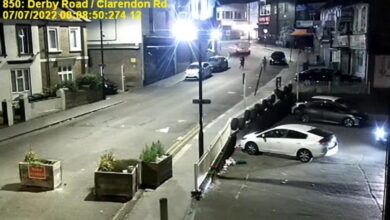 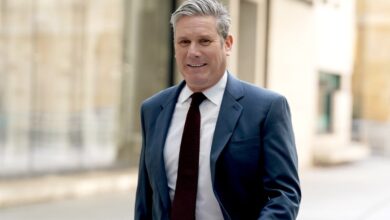