A mother has been sentenced to 20 years in prison for fatally neglecting her asthma-suffering seven-year-old son after he died alone “gasping for air” in a garden.

Laura Heath was convicted of gross negligence manslaughter last week, having already admitted four counts of child cruelty, in connection with the 2017 death of Hakeem Hussain at a house in Cook Lane, Birmingham.

Heath was sentenced at Coventry Crown Court on Thursday.

She had deliberately “prioritised her addiction to heroin and crack cocaine” prior to the “needless, premature” death of Hakeem from an asthma attack on 26 November 2017, prosecutors said.

An image seen by jurors during a trial at Coventry Crown Court showed how Heath had used foil and an elastic band to turn one of her son’s blue inhalers into a makeshift crack pipe.

Passing sentence, Mr Justice Dove said the death of Hakeem was the result of her “catastrophic and deplorable” parenting.

The judge told Heath, who was ordered to serve two-thirds of her sentence before becoming eligible for parole, that the death had occurred after her life “entered a drug-fuelled downward spiral into squalor, chaos and tragedy”.

The judge said: “When Hakeem Hussain died in the early hours of the morning he was only seven years old.

“It is clear that in his tragically short life he had been an inspiration of happiness and affection for people who knew him.

“All of that potential for a wonderful and fulfilling life was cut short, extinguished as he collapsed on his own suffocating, clutching a leaf in the garden.

“The truth is that Hakeem died as a result of your deplorable negligence. You had allowed your life to be completely overtaken by your addiction to heroin and cocaine. His death was needless, tragic and a result of your abject failure as his mother.”

Heath, formerly of Nechells, Birmingham, was convicted last Friday of gross negligence manslaughter of “frail” Hakeem, who died at the home of a friend where his mother had been staying.

The 40-year-old had admitted four counts of child cruelty before the trial, including failing to provide proper medical supervision and exposing Hakeem to class A drugs.

Social services in Birmingham had been aware of Hakeem before his death, and it emerged at Heath’s trial that at a child protection conference on 24 November 2017, just two days before his fatal collapse, a school nurse told the meeting “he could die at the weekend”.

Following the trial, the head of Birmingham Children’s Trust, which took over child social services in early 2018, said there were “clear missed opportunities” in social services’ handling of the case.

Earlier this month, The Independent revealed shocking images which showed how Heath used her son’s asthma pump to smoke drugs.

In the pictures, shown to the jury during the trial, one of Hakeem’s blue inhalers could be seen wrapped in foil next to “drug paraphernalia” inside the cluttered home where he was staying with his mother at the time of his death. 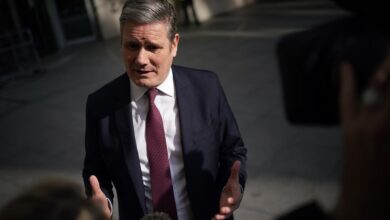 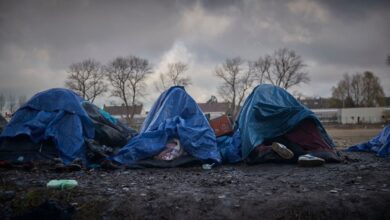