Harry Styles fans were left in shock after witnessing a man fall from a balcony at the singer’s show at Glasgow’s Ibrox Stadium last night (11 June).

The “Watermelon Sugar” singer was kicking off the European leg of his Love on Tour trip at the sold-out show.

Towards the end of the gig, audience members saw a man fall from the Club Deck, located on the third tier of seating in the stadium.

A Police Scotland spokesperson told The Independent: “Officers were made aware of a man falling from a club deck at a premises on Edmiston Drive, Glasgow at around 10.15pm on Saturday, 11 June, 2022.

“There were no suspicious circumstances and the man was seen to by medical staff.”

It is not currently known whether Styles was aware of the incident at the venue, which was attended by 50,000 fans.

One fan tweeted: “My friends and I watched it happen and we just want to know if everyone’s okay. Very scary stuff.

“Saw the man who fell sat with the nurses alive on the way out. Love to all, it was an amazing show just got a big fat huge scare at the end.”

Another said: ‘Y’all.. at the Glasgow Harry styles concert I literally watched someone fall from the balcony. It was so f***ing scary. But my sister saw him talking to security after so we think he’s okay.”

Styles is currently on a world tour that will finish in New Zealand in March 2023. 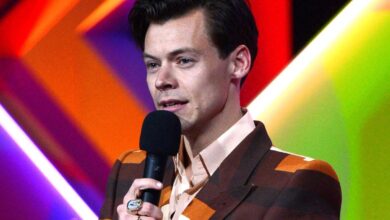 Harry Styles: How to get tickets to One Night Only Harry’s House concert in Brixton 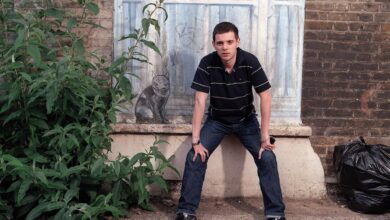 Sex, drugs and on the dole: The Streets’ Original Pirate Material at 20