Haskap berries, native to the cool temperature Northern Hemisphere countries such as Canada, Japan, Russia, and Poland, have the potential to improve the athletic performance of endurance runners by potentially “game-changing” levels, according to a new study.

Previous research has found that the berry Lonicera caerulea contains very high concentrations of compounds called anthocyanins with strong anti-inflammatory and antioxidant properties, but no research until now has examined its potential to boost exercise performance, said the scientists, including Glyn Howatson from Northumbria University in the UK.

In the new study, published in the peer-reviewed journal Nutrients, researchers conducted a series of endurance tests on 30 male recreational runners, and discovered that it took longer for athletes who had consumed Haskap berries to fatigue compared with those who hadn’t.

Testing the runners’ speed over a 5km (3 mile) distance, scientists found that runners who had consumed the berry had their overall time improve by around 20 seconds.

“The current study showed for the first time that Haskap berry consumption can improve time to exhaustion and 5 km time trial running performance by >2%, compared to a placebo control,” the scientists wrote.

While researchers are unsure of the exact mechanism behind the observed effect of the berry, they speculate it might be affecting the body’s ability to combat exercise-induced inflammation and oxidative stress or improve blood flow and oxygen utilisation or a combination of the three.

“These powerful little berries appear to help runners perform better during fatiguing tasks, and increasing running speed over a commonly run distance of five km,” Dr Howatson said in a statement. “We saw around a 2% improvement in running time performance, which is not trivial. In other words, you run about 0.25 km/h quicker over the same distance.”

The research also added to a growing body of evidence that foods rich in polyphenol compounds could boost athletic performance and offer exercisers a non-pharmacological, food-based solution to support training and competition.

“What is exciting is that this is a food that can be easily consumed, is very palatable, and has the potential to improve athletic performance in running, but also perhaps in other endurance sports like cycling,” Dr Howatson said.

Citing the limitations of the research, the scientists said the study did not assess how much of the phenolic compounds afforded by the Haskap berry was absorbed by the participants’ bodies to determine the optimal dose for beneficial effects on exercise performance.

The scientists also studied the effects of the berry only on a small sample size of 30 male recreational runners. Its effects on female athletes is unclear.

The research was commissioned by superfood company, Haskapa, which produces and distributes Haskap berry juice and other products around the world. However, the scientists said the funders had “no role in the study design, data collection, analyses or interpretation of data, in the preparation of the manuscript, or in the decision of where to publish the results”.

UK monkeypox outbreak ‘won’t be easy to stamp out’ and could last for months, leading scientist warns

Megalodons were ‘apex predators at highest level ever’ and ate anything they wanted, study finds 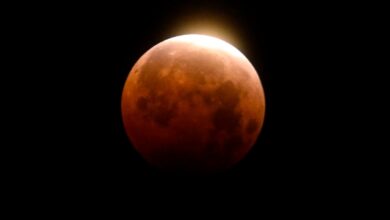 Red moon: How to watch the total lunar eclipse tonight