Patients will suffer if ministers bow to nurses’ demands for pay rises, the health secretary has warned as tens of thousands of NHS staff prepare to walk out on Wednesday.

Writing exclusively in The Independent, Steve Barclay said any boost to wages would “take billions of pounds away from where we need it most”.

He wrote: “Unaffordable pay hikes will mean cutting patient care and stoking the inflation that would make us all poorer.”

But The Royal College of Nursing has criticised him for “pitting nurses against patients”, branding the comments “a new low for the health secretary”.

A spokesman said: “Patient care is suffering because his government cut nurses’ wages for over a decade, causing record nursing vacancies in the NHS. Paying nurses fairly and patient care go hand in hand.”

The union urged the health secretary to “get back round the table and negotiate a fair pay rise for nurses.”

On Wednesday tens of thousands of nurses are likely to strike across 55 trusts. NHS data shows 4,567 operations and 25,009 outpatient appointments were cancelled during the nurse’s strikes on 15 and 20 December.

The NHS also faces further ambulance strikes next Monday, which sources indicate will go ahead, and new strikes are to be announced for February by union GMB.

It comes as it was confirmed rail workers will join civil servants and teachers walking out on what has been billed as a “national day of action” on Feb 1.

Downing Street said the co-ordinated strikes “were not the right approach” and would cause “significant disruption” to the public.

Mr Barclay said NHS staff could receive a “top up” on pay if savings are made through cuts to “administrative burdens.”

His words come after NHS England was forced to cut more than 6,000 jobs as part of cost-saving measures this year. One senior NHS source suggested any further cuts to NHS England’s headcount would not be enough to fund a new pay offer.

Mr Barclay previously hinted he was considering backdating nurses’ pay but has written: “With fewer than three months left of this financial year, it is time to look ahead, not back.”

The RCN’s chief Pat Cullen indicated the union could agree to a 10 per cent pay rise – lower than the original demands of 17 per cent.

Mr Barclay said: “I know we can find a fair way to resolve this. I want to continue the constructive dialogue with union leaders about how to make the NHS a better place to work and deliver better care for patients.

“I want to work with the unions to identify areas where the NHS can become more efficient. That could both relieve administrative burdens on staff and unlock additional funding to top up affordable pay rises for the coming financial year. I also want to agree on minimum staffing levels during industrial action with unions to ensure patients are always protected. We will keep talking to find common ground and seek to put these disruptive strikes behind us.”

Reports have recently surfaced suggesting the health secretary is softening in his position on pay, however, faces a block from chancellor Jeremy Hunt and prime minister Rishi Sunak warning any agreement would have to come from within the existing health budget.

The true cost of the strikes in Britain is more than £6 billion and counting, according to analysis of estimates by industry chiefs and economists. 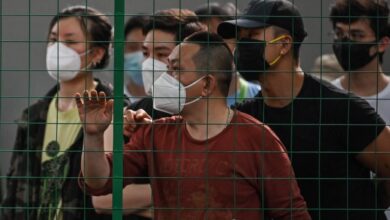