Nearly 7 in 10 people say the UK’s record-breaking heatwave has convinced them more needs to be done to tackle the climate crisis but many remain unpersuaded to take personal action, according to a new poll.

The exclusive Savanta survey for The Independent reveals that people are looking to the government to take action, while fewer said the heatwave had persuaded them to change their own behaviour when it comes to eating less meat and dairy, flying less or investing in electric cars and heat pumps – all of which reduce emissions and therefore global heating.

Sixty-nine per cent of the 2,315 respondents said they were either significantly or somewhat more convinced the country needed to do more to tackle climate change which is fuelling longer, hotter and more frequent heatwaves. The same proportion said the climate crisis should be one of the government’s top priorities.

The proportion of people who said the heatwave had left them more convinced that the UK had to up its action on climate was similar across different socio-economic groups, suggesting the experience of the heatwave was an eye-opener for many Britons.

Politicians and behaviour experts say it is not surprising people are looking to the government for action, with opposition MPs and campaigners slamming Britain’s leaders for not going far enough.

Thermometers in Coningsby in Lincolnshire hit 40.3C setting a new all-time temperature record in the UK, and it’s been estimated that nearly 1,000 excess deaths could be recorded due to the heat from 17 to 19 July.

The poll results found some proportional differences along gender, regional and political lines. Seventy-five per cent of women said they were more convinced more action is needed compared to 63 per cent of men. London, which saw 34 grass fires tear through homes and businesses last week, was the region with the highest proportion at 78 per cent, while Northern Ireland had the lowest at 55 per cent.

“People are right to look to government for leadership,” said Zac Goldsmith, the minister for Pacific and the International Environment. “There’s only so much individuals can do, but governments set the rules within which the market operates and unless and until the market is made to recognise the risks of environmental damage and the value of a healthy planet, we will continue moving rapidly in the wrong direction.”

Conservative leadership contenders Rishi Sunak and Liz Truss have been widely criticised by environmentalists and climate campaigners for not giving the crisis enough prominence in their campaigns to be Britain’s next prime minister.

“People rightly expect the government to lead the way on the climate crisis, but far too often this government does much too little while expecting individuals to pick up the slack,” said Ed Davey, the leader of the Liberal Democrats.

“More than ever before, the public want politicians to take real action to halt climate change yet all they get from Liz Truss and Rishi Sunak is weak rhetoric and backward-looking ideas.”

Green Party co-leader Carla Denyer said the Conservatives were “out of touch” with the British public on the climate crisis and that the government needed to urgently invest in insulating peoples’ homes and accelerate the rollout of renewable energy.

Richard Carmichael, a psychologist and behaviour expert for several government-funded projects related to consumers and net zero, said he was optimistic about the proportion of people saying they had been persuaded to invest in an electric car or invest in a heat pump – 23 per cent.

Dr Carmichael said government policy and business had a role to play in making action easier, fairer and more affordable. Making other people’s green decisions more visible to help behaviour catch on quicker, was also important, he said, pointing to the green flash on electric vehicle number plates as a good example.

There are valid reasons why people may not be persuaded to buy heat pumps or fly less, he said. The former may be too expensive, and even before the pandemic, around half of the English population didn’t fly in 2018 so asking those people to fly less when there are some frequent fliers may strike them as unfair, he explained.

The government’s net zero strategy states it will “work in the grain of consumer choice” meaning no one will be required to rip out an existing boiler or scrap their current car.

Cameron Smith, a spokesman for the Conservative Environment Network, said a conservative approach which sets bold targets to drive private investment would reduce the cost of insulation, heat pumps and electric cars, so the green option is not only the cheapest but the best. 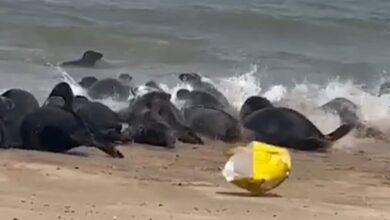 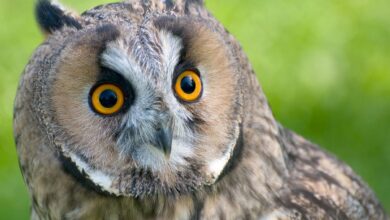