The Alps usually hosts thousands of tourists every summer but warmer weather has caused hazardous conditions along its normally safe routes.

Routes to Mont Blanc, which sits between France, Italy and Switzerland, and the Matterhorn have been forced to shut with many tours suspended.

Pierre Mathey, the head of the Swiss mountain guide association, said: “Currently in the Alps, there are warnings for around a dozen peaks, including emblematic ones like Matterhorn and Mont Blanc.

“Usually we see such closures in August, but now they have started at the end of June and are continuing in July,” he added.

Multiple Alpine guide groups who usually host thousands of hikers announced last week that they would be suspending tours due to the conditions.

The Guide Alpine Italiane group said it would be suspended tours to Mount Blanc, Rochefort Ridge, the Magpie and other routes.

In a Facebook post, the group said: “The decision, certainly not easy after two years of the pandemic, was made by the Alpine Guides who monitored the situation day by day.

“Taking into account the particularly delicate conditions of the last few weeks caused by an uptick important thermal, they deem it necessary to postpone the climbs to improve of the conditions,” they continued.

“Alpine Guides are the sentry of the mountains and as practice, they keep an eye on the conditions of glaciers, walls and paths to climb to the peaks.

“Decisions like these, though uncommon, are made whenever professionals deem appropriate,” they added.

Reportedly for the first time in a century, mountain guides are also refraining from offering tours to the Jungfrau mountain peak in Switzerland.

Heatwaves across the UK and Europe have caused widespread disturbance and disruption as temperatures reached highs of 47C.

Wildfires, evacuations and heat-related deaths were among the issues caused by the extreme weather caused by human-induced climate change. 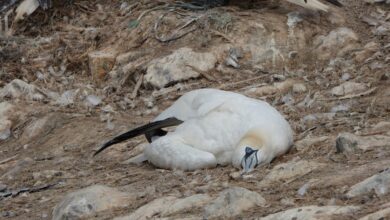 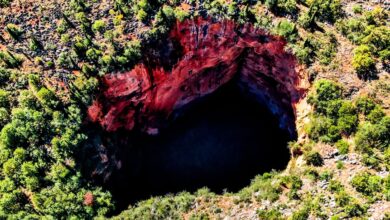