Judges have thrown out a “hopeless” attempt by the Metropolitan Police to appeal against findings that its handling of the Sarah Everard vigil was unlawful.

Organisers of an event on Clapham Common in March 2021 won a legal challenge after they were threatened with arrest and £10,000 fines under Covid laws.

The Reclaim These Streets group cancelled their planned vigil as a result, and hundreds attended an unorganised gathering that ended with several women being arrested amid allegations of heavy-handed policing.

Last month, the High Court found that Scotland Yard had breached the organisers’ rights with their handling of the event, and had made “errors of law” concerning Covid regulations.

The claimants – Jessica Leigh, Anna Birley, Henna Shah and Jamie Klingler – won their case that decisions made by the force in advance of the planned vigil amounted to a breach of freedom of speech and assembly, and that police did not assess the potential risk to public health.

The force announced its intention to appeal against the ruling, saying: “It’s important for policing and the public that we have absolute clarity of what’s expected of us in law.

“This is why we feel we must seek permission to appeal the judgment in order to resolve what’s required by law when policing protests and events in the future.”

In a ruling handed down on Friday and made public on Monday, judges refused permission for the case to be taken to the Court of Appeal.

“The court applied and followed principles laid down by the Supreme Court and Court of Appeal,” the ruling said.

“We do not believe there is a need for any further or more authoritative guidance for the purposes of lawful policing of protest in such cases.”

Ms Birley told The Independent: “The Met were wrong last March to ignore women’s right to protest, and they were wrong to try and appeal the court’s judgment too.

“It isn’t just us saying that their case is misguided, but the judges themselves have described their arguments as hopeless and incoherent too. Now, instead of wasting public money on a pointless battle against women’s rights to protest, I hope they’ll finally admit they were wrong and invest in measures to tackle misogyny and male violence.”

The judgment by Lord Justice Warby and Mr Justice Holgate said the attempt had “no reasonable prospect of success” and there was no “compelling reason for an appeal to be heard”.

After considering Scotland Yard’s formal application to appeal against the High Court’s decision, and written submissions by both sides, they said it was “not arguable” that the court had made an error.

Judges said some arguments made on the police’s behalf were “unarguable in law or involve selective and misleading analysis of aspects of the judgment”.

They found a new objection raised by the Metropolitan Police had “no merit”, and other parts of its case “lack coherence”.

Judges found that arguments about what vigil organisers were told amounted to “hopeless attempts to challenge reasoned factual conclusions”.

“It is not permissible for the [Metropolitan Police] to re-argue the same points in order to submit that it is highly likely that the outcome would have been the same,” the ruling added.

Ms Everard was kidnapped, raped and murdered by serving armed officer Wayne Couzens, whose arrest was announced on 10 March 2021. 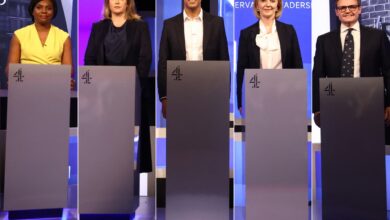