At least six people have been killed and 30 injured in a mass shooting at an Independence Day parade in Illinois Monday morning.

Police named Robert E Crimo, a man in his 20s, as a person of interest in the shooting and took him into custody after hours-long manhunt around Highland Park.

A gunman on a rooftop opened fire during a 4 July parade in the Chicago suburb, sending hundreds of marchers, parents with strollers and children on bicycle fleeing in terror, said the police.

While “several of the deceased victims” died at the scene, one succumbed to the injuries in the hospital, according to the authorities.

One of those killed was a Mexican national Roberto Velasco, Mexico’s director for North American affairs said on Twitter. He added that two other Mexicans were wounded in the incident.

About 26 of those wounded, aged between eight to 85 were sent to the NorthShore University Health Centre. All but one had gunshot wounds, said the hospital’s medical director of emergency preparedness, Dr Brigham Temple. 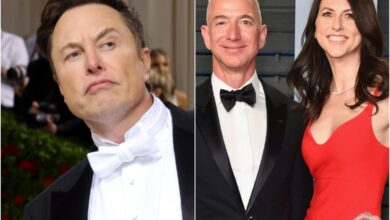 So what if Zelensky is Jewish, ‘Hitler also had Jewish blood’, says Russia’s foreign minister

Brave Ukrainian woman tells Russian soldier: ‘Put sunflower seeds in your pocket so they grow when you die’