The Home Office and Crown Prosecution Service (CPS) have refused to apologise to at least 12 innocent asylum seekers who were jailed for crimes they did not commit.

The men, from countries including Iraq and Iran, were all prosecuted for “facilitating illegal immigration” by steering their dinghies across the English Channel.

Their convictions were publicised by the Home Office in a series of press releases that falsely labelled them “people smugglers”, and it has not publicly acknowledged the quashing of their convictions.

The asylum seekers were jailed for between a year and three years and nine months in a string of cases that started in 2019, but were not reviewed by the Court of Appeal until last year.

Judges have so far overturned 12 cases, with the most recent tranche of seven convictions thrown out on Tuesday.

The Court of Appeal is expected to quash more convictions, after identifying a fundamental “error of law” that originated in the Home Office, then spread to prosecutors and the courts.

The Home Office has not publicised the judgments, with Priti Patel continuing to label all Channel crossings “illegal” despite the findings.

Asked whether it would apologise to the 12 asylum seekers who were wrongly jailed and falsely smeared as “people smugglers”, the Home Office said: “We must do all we can to prevent the further tragic loss of life on the Channel and put an end to dangerous people smuggling across our borders.

“We continue to work with the CPS and National Crime Agency to crack down on and prosecute smugglers who risk lives for profit. These cruel people could face life sentences under our Nationality and Borders Bill.”

The asylum seekers whose convictions were quashed were not paid for steering the dinghies they travelled to the UK on, and were not part of organised crime groups.

Some of them said they had been pressured or threatened to steer, while others took the helm to stop boats sinking and tried to call authorities and flag down passing ships.

The CPS did not fight the more recent group of appeals, but did not apologise for proceeding with wrongful charges in court or in response to questions by The Independent.

A spokesperson said: “We won’t hesitate to prosecute those suspected of immigration offences if our legal test for a prosecution is met and against the law as it currently stands. Since prosecuting these cases, new judgments have clarified a very complicated section of law.”

In submissions to the Court of Appeal, prosecutors said they had not been asked to charge asylum seekers for steering Channel dinghies until Immigration Enforcement started filming them with drones and referring cases in 2019.

“The CPS accepts that a nuanced analysis of the legal implications of the various permutations of migrants’ behaviour, particularly where the defendant may have contemplated being intercepted at sea, or may have intended to navigate to a designated area, were not sufficiently closely analysed,” representatives admitted.

“Immediate steps have been taken to develop updated legal guidance for investigators and prosecutors.”

Lord Justice Edis, who has been the lead judge in all the appeals heard so far, found that the law had been “misunderstood” by the Home Office and CPS, and that a legal “heresy” developed making asylum seekers believe they had no defence to charges of assisting unlawful immigration.

“They all raise the same point in relation to the meaning of entry into the UK for the purposes of the Immigration Act,” he said on Tuesday.

“In each, the crown court proceeded on an error of law in that regard.” 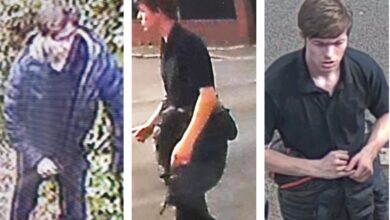