Hospitals continuing to implement Covid restrictions face being “named and shamed” after an intervention by Sajid Javid, according to reports.

The health secretary has demanded NHS trusts ease measures in hospitals across the country amid concerns over backlogs but many are ignoring the new guidance, the Daily Telegraph reports.

A senior government source told the newspaper: “Some NHS trusts do not appear to be following the new guidance on infection prevention control measures.

“The health secretary thinks this is completely unacceptable – not only does it restrict capacity but it ignores the fact that patients need to see loved ones, and loved ones need to see patients.

“The guidance has been developed by clinicians based on the latest data and evidence so there is no reason for it to not be followed.”

It is understood the health secretary will personally call NHS chiefs who defy the government and could even criticise them publicly if they do not reverse their decisions.

Some hospitals are still restricting families from visiting patients. University Hospitals Birmingham continues to suspend all routine visits except in “extreme circumstances”.

However, official government guidance was significantly relaxed in April on measures such as isolating patients, enhanced cleaning procedures and maintaining social distancing within hospitals.

It comes as the number of NHS patients in England waiting to start routine hospital treatment has risen to 6.2 million – the highest number since records began 15 years ago.

Waiting times at A&E and for ambulances also soared to new highs as the health service battled high Covid rates and staff absences.

The March data showed that 22,506 people had to wait more than 12 hours in England’s A&E departments. This is up from 16,404 in February and is the highest recorded.

Chris Hopson, chief executive of NHS Providers, told the Telegraph: “The secretary of state is right to highlight that, over time, each trust will be able to adapt its infection control procedures to increase productivity and see more patients.”

He said the pace at which each trust can move “will be significantly determined by local factors, such as how many single rooms a hospital has, how easy it is to separate Covid and non-Covid patients, and local community infection rates”.

“That’s why the guidance is very clear that changing infection procedures can only be a decision for each trust,” he added.

“Not least because trust leaders are also accountable for ensuring the safety of highly vulnerable patients for whom this virus can still be fatal. Trust leaders are doing all they can to safely adapt their infection control procedures as quickly as possible.” 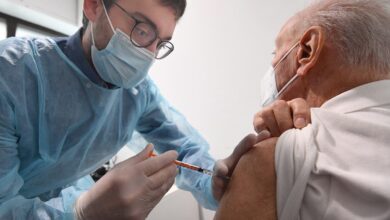 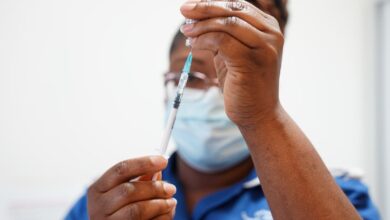 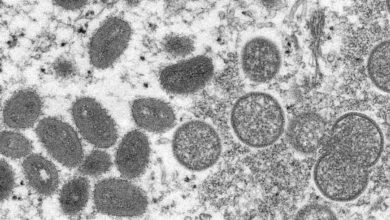