One of the UK’s largest housing providers has been accused of forcing a young family to live with a bed bug infestation and mould outbreak for nearly four years.

Sanctuary Housing knew about the chronic issues within a Pimlico-based property before Jade and Tyrone Sullivan moved into the maisonette flat with their three children but have failed to adequately tackle the problem, the couple has said. The housing provider did not deny the claims when approached about it.

Very quickly after their tenancy began in February 2019, the Sullivans say they realised that the entire building in south London was overcome with pests and mould. As their complaints have been inadequately handled over the years, the family endures daily bedbug bites and their health is failing due to the hazardous conditions, they have said.

Mr Sullivan says he underwent urgent medical treatment to tackle a chest infection, thought to have been mould-induced, while Mrs Sullivan, who lives with bipolar disorder, is fearing an episodic breakdown which she says has been exacerbated by ongoing lack of sleep.

The children, twins aged 10 and a seven-year-old, now have permanent skin scars from the bites and are struggling with the school as a result of rest deprivation, their parents say.

“Since moving in we have had to endure despicable living conditions. Our health is being affected by the bed bug situation as we are unable to sleep properly at night and are ingesting mould,” Mrs Sullivan, an activist and writer, told The Independent.

“I haven’t had a proper night’s sleep in over 45 nights, at the moment. I feel like I’m going to die! This is torture – we’re living in hell.”

Though the family has been moved out in temporary accommodation, known as a ‘decant’, three times in as many years while work on the damp and mould has been undertaken, they say the measures only provide temporary solutions to the issue while the whole building continues to be swamped. Heat treatments have been conducted which have failed to rectify the problem.

While her husband goes to work, Mrs Sullivan says she’s “working like a slave” indoors, locked in a seemingly endless cycle of washing blood-stained bed sheets, where bugs have been squashed in defence or bites have oozed, and trying to rescue moudy, damp clothing. The critters come down air vents and through walls around the clock, in a never-ending ordeal.

At least three of their neighbours, who are experiencing the same issues, notified Sanctuary about the problem before them moving in, the Sullivans said. In an email seen by The Independent, Sanctuary acknowledged that the problem is affecting other residents in the building.

“It’s too much stress and trauma,” she added. “I just want somewhere safe to live; a normal house. These are necessities and that’s all we’re asking for. I’m not just speaking out for my family. I’m fighting for my neighbours and for the people who don’t have a voice, experiencing substandard housing all around the country.

The couple, who have been Sanctuary tenants since 2006, are both collectors of vintage clothes and items, and say they’ve lost “thousands of pounds” worth of treasured possessions and their clothing due to damp conditions.

“My wife suffers with bipolar disorder and has relapsed into depression due to the continual stress of dealing with this, which in turn is affecting my work and career as I am having to take time off to care for her,” Mr Sullivan told The Independent.

“But we haven’t been able to settle in the whole time we’ve been here. If it’s not damp and mould then we’re all being bitten by bedbugs and kept awake at night. You can’t relax and you can’t sleep properly.”

“Jade’s not sleeping. This has created a toxic environment and all we wanna do is relax at home like anyone else would.

“This is putting strain on everything – from our relationship to the kids. It’s frustrating because it’s just us against this organsation.” 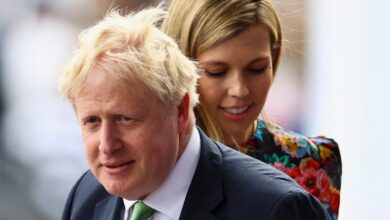