As Boris Johnson hosts a long-delayed wedding celebration at the country house of a billionaire Tory donor this weekend, any far-fetched hopes of his name being on the ballot of the party’s leadership contest will evaporate.

Publicising a petition demanding that members have the option to re-elect Mr Johnson as Conservative leader, those supportive of the outgoing prime minister warned that replacing him would amount to “guaranteeing” a Labour victory at the next general election.

But this weekend, party officials will be busy preparing to send out ballot papers to the 160,000-plus fee-paying members who will vote to elect either Liz Truss or Rishi Sunak as his successor.

Boris Johnson has handed in his Partygate police questionnaire – what happens now? 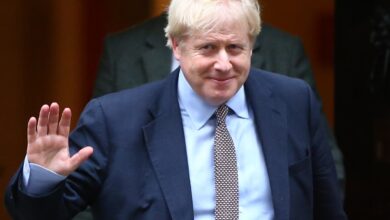 Will Boris Johnson keep the dispute over the Northern Ireland protocol going until the next general election?

Will Liz Truss be the ‘war on woke’ prime minister?