Aerial images have shown the full extent of devastation caused by Hurricane Fiona as it barreled through Puerto Rico on Monday, leaving at least two people dead.

The storm made landfall along the southwestern coast of Puerto Rico with “historic” rains and severe winds as the island suffered from a complete island-wide power outage.

“The first responders, the local responders, the responders of the government of Puerto Rico, are not able to get out and help those that needed or access the damage like they would like to do,” he added.

Late on Monday, authorities said they had restored power to more than 114,000 customers on the island of 3.2 million people.

Puerto Rico governor Pedro Pierluisi said that it could take days before everyone has electricity.

The storm dropped heavy rains over Puerto Rico as well as the Dominican Republic.

A 58-year-old man died after police said he was swept away by a river in Puerto Rico’s central mountain town of Comerio.

Officials said that the second death was of a 70-year-old man who was burned to death after he tried to fill his generator with gasoline while it was running.

The devastation caused by the storm comes exactly five years after hurricane Maria killed nearly 3,000 people and destroyed the power grid in 2017.

Five years on, more than 3,000 homes on the island are still covered by blue tarps.

Mr Pierluisi told CNN that while most of the damage five years ago was caused by raging winds, the problem this time is the volume of rainfall.

But while the power grid was repaired after Maria, it hasn’t actually been improved, he said.

“We are much better prepared now than Puerto Rico was five years ago when we got hit by the hurricane Maria. Just to give you an example, FEMA now has four warehouses located throughout Puerto Rico as opposed to one,” he added.

The storm was on a path to pass close to the Turks and Caicos islands on Tuesday and was not expected to threaten the US mainland, authorities said.

Mr Biden said 300 federal employees were already at work and that the number of support personnel would increase substantially as damage assessments were completed, reported CNN.

He added that the federal team would stay as long as it took “on the job to get it done,” especially since many families were still rebuilding after the nightmare following Maria.

The White House said that the president has directed FEMA Administrator Deanne Criswell to travel to Puerto Rico on Tuesday to meet local officials and citizens and assess urgent needs. 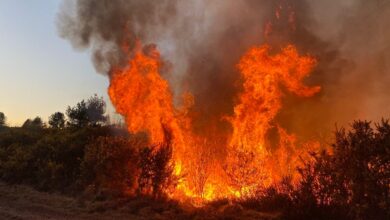 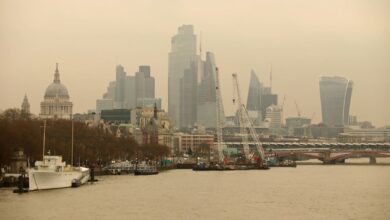