A husband and wife have denied unlawfully killing their two-year-old neighbour in a horror gas explosion last year.

George Arthur Hinds, who was aged two years and 10 months, died in the blast in the early hours of Sunday 16 May, 2021.

Emergency services were called to the scene of the incident in Heysham, Lancashire, finding two houses in Mallowdale Avenue had collapsed, with a third seriously damaged.

George’s parents Vicky Studholme and Stephen Hinds were rushed to hospital with injuries alongside the couple who were also hurt in the blast.

Police confirmed that the explosion that killed the toddler was caused by a cut gas pipe inside the neighbouring house.

On Friday, Sharon Greenham, 51, and Darren Greenham, 44, pleaded not guilty at Preston Crown Court to the manslaughter of George Hinds.

The Greenhams also pleaded not guilty to damaging a gas meter between January and May 2021 and theft of gas between March and May 2021.

Both will go on trial on 4 October, with the hearing estimated to last up to four weeks. A pre-trial review will take place on 12 August.

Members of George’s family watched proceedings from the front row of the public gallery.

In a tribute issued after the youngster’s death, his parents Vicky and Stephen said: “We are devastated at the loss of our beautiful George. He was so precious to us.

“We have no words to describe how we feel and just want time to ourselves to come to terms with what has happened.

David Morris, Conservative MP for Morecambe and Lunesdale, speaking in the House of Commons after the incident described the “heartbreaking” scene and said he “wasn’t prepared” for what he saw.

He told MPs: “I was invited by the local council to look at the site – I have to tell you it was heartbreaking.

“What I saw I wasn’t prepared for. There were belongings strewn all over the street and toys and just debris everywhere. The whole community in that area were out, they were all in shock.”

Residents in Heysham described the noise of the blast as “like a bomb going off”, with debris that covered nearby streets and fields. 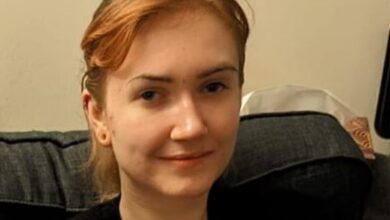 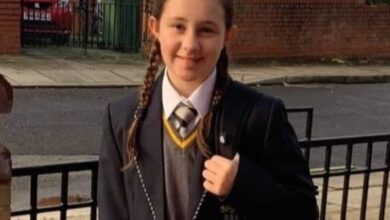 Ava White murder: Boy lied to police because he ‘thought he’d get away with’ killing 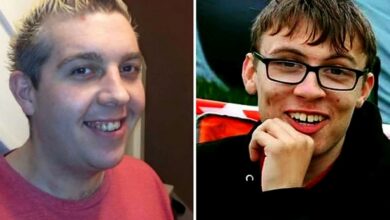 Sabina Nessa: Family of murdered teacher brand killer ‘animal’ who had ‘no right to touch her’