Kate Isaacs said it was “violating” to fall victim to ‘deepfakes’ – explicit images or videos which have been manipulated to look like someone without their consent – as she accused her attacker of trying to “silence” and “scare” her.

Kate Isaacs’s comments come as the government announced distributing pornographic “deepfakes” as well as sharing “downblouse” images without gaining consent will be made illegal.

Police and prosecutors will be given more power to hold perpetrators to account under an amendment to the Online Safety Bill – with the distributors of “deepfakes” now potentially facing prison time under the suggested measures.

“Deepfake” refers to images or video footage which have been doctored to make a person appear to say something they have not or look different to reality, with them often appearing credible to many. While “down-blousing” refers to non-consensual photos captured of down a woman’s top.

The campaigner added “part of” their “attack” was to turn her into a “deepfake” as she described the ordeal as “an act of sexual violence”.

Upon closer inspection, she realised it was a deepfake, Ms Isaacs, who campaigns on image-based sexual abuse, added.

She said: “Someone was using my identity, my profile without my consent in a sexual manner. I appreciate some people don’t feel like it is that big of a deal.

“But we have hit blurry lines between perception and reality because perception is reality now. I find it abhorrent that they used my image to silence me, to scare me, or for sexual gratification without my consent.”

The newly unveiled measures will see ministers introduce extra laws to address other abusive acts, such as concealing secret cameras to capture photos or footage of an individual without getting their consent.

Nicole Jacobs, Domestic Abuse Commissioner, said: “I welcome these moves by the government which aim to make victims and survivors safer online, on the streets and in their own homes.” 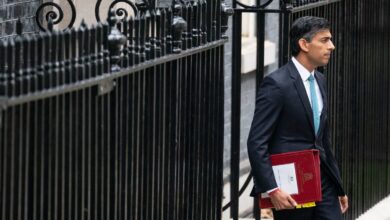 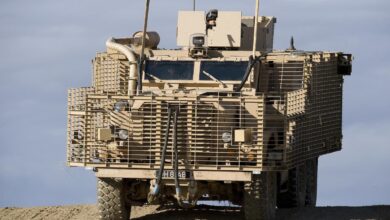 Ukrainian troops are being trained in the UK for first time

‘Bojo: It’s a no’: How papers reported on Boris Johnson dropping out of Tory leadership race