Around 500,000 people were murdered in the Romani Holocaust, or Parajmos (“the devouring”), yet their stories and those of survivors are rarely ever heard. This is not only because the genocide was overlooked for a long time, Jonathan Lee, from the European Roma Rights Centre, told the charity EachOther, but because it was “actively silenced throughout Europe”.

By not being absorbed into the collective memory of the Nazi Holocaust, the genocide did not become a moral bulwark against the hostility, prejudice and violence that the Roma, Europe’s largest ethnic minority, have historically suffered.

Even today, as they try and flee the war in Ukraine, some of the country’s 400,000 Roma have had their anguish compounded by institutional hostility and negative stereotypes. There have been reports of Roma being chased away from reception points and families not being allowed in cars and busses offering transport. In Moldova, they have found themselves dumped in ethnically segregated reception centres with poor living conditions, while many who arrived in Poland have struggled to find people who will rent homes to them. For the Roma, “never again” has a hollow ring.

‘Please take your rubbish home with you’: The problem of space debris

‘We are seeing the complete implosion’: Bus service cuts leave many frustrated 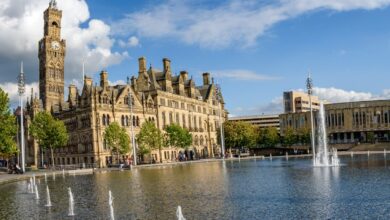 How much difference will becoming the next UK City of Culture make to Bradford?