We’re back. It’s the Super Bowl of intergovernmental meetings, the annual event the shareholders of Ferrero Rocher dream of. This week is the General Debate of the United Nations General Assembly — and the most important date in the calendar for diplomats like me.

This year’s General Assembly couldn’t be more timely; yet global optimism and internal morale at the UN are both low. Voices calling for recovery from the Covid pandemic are being drowned out by the noise of world leaders condemning the Ukrainian crisis. Diplomats representing countries around the world have been arguing among themselves about which is a bigger and more urgent problem — with the exception of the president of Colombia, who chose to dedicate most of his own speech to fentanyl addiction. So unexpected was this that there was some bemusement about whether the translators were translating his speech accurately. They were.

The truth is that within this melange of pageantry, prestige and purported progress, many issues are neglected. This year, there’s a clear elephant in the room. No wonder a lot of people are worried about the UN’s impotence — not least the people, like myself, who work within it.

For almost 77 years, the UN ensured — in a slow, bureaucratic but largely successful manner — that the worst excesses at the intersection of humanity and violence are kept at bay. But now it is beginning to look more and more irrelevant.

What does an effective UN look like? It isn’t complicated: put a round table in the centre of a room and make sure there are enough chairs so that all who want to sit, can sit together equally. Broadly, as most world leaders are not insane, we can collectively agree on ‘what’ we all want: safety, security and prosperity. Usually, conflicts arise when we can’t work out the ‘how’.

But then there are the edge cases, and there are a lot of them at the moment. The UN is the interface between countries; this inevitably means more meetings, more discussion and, in the worst cases, complete inertia.

The situation in Yemen is possibly one of the most dire humanitarian crises in our living memory. The recent ceasefire between Kyrgyzstan and Tajikistan provides a specter of proxy wars yet to fight. The unequal recovery of countries round the world from Covid-19 threatens to forestall progress for numerous developing countries. The ever-looming climate crisis threatens our entire planet. Yet the news cycle is dominated by the escalation of the war in Ukraine and what Putin chooses to threaten next.

Victor Orban’s Hungary is fast sliding into far-right authoritarianism — yet his environment chief, Csaba Kőrösi, is now the president of the General Assembly. That is a problem for this week’s proceedings. But an even bigger problem is the speaker here in New York who is to represent one of the five permanent members of the Security Council — the Russian Federation. Sergei Lavrov, the Russian foreign minister, poses numerous issues for the UN’s mission. His boss, Vladimir Putin, elected to stay at home in Moscow.

Instead of delivering his address during the week, as is standard, Lavrov will speak on Saturday. He will most likely blame this rescheduling on the administrative overhead of the US embassy in Moscow for not issuing his visa in a timely manner. The more likely explanation for his unusual timing is that it will help minimize the public spectacle of numerous members of the General Assembly hall walking out when he comes to the dais to speak.

Inside the UN, several First Secretaries are aggrieved at Russia. They are forced to attend the speech by virtue of their jobs — or at least are required to be present at the beginning of it — but they plan to walk out the moment Lavrov starts talking. And the charge d’affaires and ambassadors who would ordinarily sit behind their nameplates are expected to be absent, too, nursing their hangovers while keeping an eye on UNTV from the comfort of their Upper East Side townhouses. Such ambassadors have commented that the speech is expected to be a car crash.

Thus, the mood of staffers is turning morose. The war in Ukraine is legitimately a crisis. But we are losing focus when we should be concentrating on even more severe crises that are coming. ADHD does not make for good foreign policy. We know the consequences of inaction; are are living it. We need to act, and act decisively, rather than letting Russia hog the limelight.

Doing so will take a lot of maturity from all concerned. We know the consequences of ignoring climate change, and we know by now that it is the biggest issue facing the planet. In New York this week, we should be taking the opportunity to strategize together on this, for the good of humanity.

We already have the table in the middle of the room. Let’s use it for what it was intended. The staffers agitate for this — but the political will is bereft of vision. Whereas we once had orators like Fidel Castro, Nelson Mandela and Nikita Khrushchev, we now are left with Sergei Lavrov and Liz Truss. Will it be good enough?

God help us all if we don’t gain some perspective and get this right. 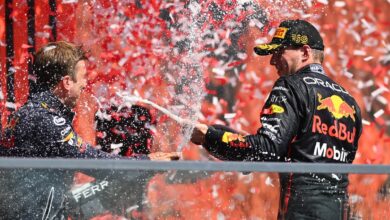 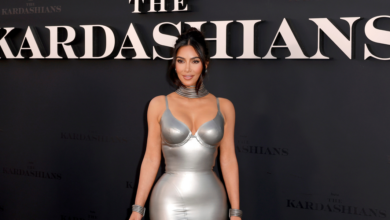