One of my closest mates has announced her engagement to the world. But I know nothing about it. “You’ve not seen the post?” another friend asks me, incredulous at my ignorance. No, I tell her. It’s not until I search for my friend’s Instagram profile that I find the annoucement has more than 100 likes and a fair few congratulatory comments. In other words: it’s an important post. How had I missed it?

I’m not the only person asking this question. In fact, missing grid posts – and noticing a significant drop in engagement on them – is something Instagram users have been lamenting for quite some time. For obvious reasons, it’s something that social media influencers and people with significant online followings in particular have been complaining about. They’ve accused the platform of hiding posts that don’t include video, with the latter gaining the most traction.

Criticism reached new heights on Monday, when queens of social media Kylie Jenner and Kim Kardashian (360 million and 362 million followers, respectively) called on the platform to “make Instagram Instagram again”, sharing a viral post from the LA-based photographer Tati Bruening that stated: “stop trying to be TikTok, I just want to see cute photos of my friends”.

In her caption, Bruening called on their followers to “start a movement” and sign a petition to bring back chronological timelines. “Let’s go back to our roots with Instagram and remember that the intention behind it was to share photos,” states the petition, which to date has garnered more than 132,000 signatures. “It feels wrong to switch the algorithm on creators that have made a living and contributed to the community, forcing them to change their entire content direction and lifestyle to serve a new algorithm.”

A similar conversation has been happening in the UK. Author and Vogue columnist Raven Smith tells me that he became panicked in recent weeks about a sudden loss in engagement on his popular Instagram profile. “Honestly, I thought I’d lost my funny,” he admits. “So it’s essentially a relief to hear the algorithm was quashing me.”

Smith is far from alone. Earlier this week, the author and podcast host Emma Gannon tweeted that her relationship with Instagram was “on thin ice” as a result of the pivot to video. “It seems if you don’t want to post reels … then they hide your posts from everyone who follows you and there’s no point being on there,” she wrote, adding that she would be posting “much less” on the platform, channeling her efforts into Substack, the increasingly popular newsletter platform, instead.

Hundreds of people, including authors Reni-Eddo Lodge and Sali Hughes, replied to Gannon’s tweet in agreement, stating that they too had become frustrated with the platform’s pivot to video. “I literally hate it now,” wrote MP Jess Phillips. “All I get is endless videos of peoples nails and how to deep fry things.”

It’s not just a matter of wading through irritating, noisy videos, though. For influencers and those whose careers are dependent on high engagement, being a slave to Instagram’s ever-changing algorithm can have financial implications, particularly if your content isn’t focused on video. Take writer and broadcaster Camille Charriere, who, with more than one million followers, is among those calling on the platform to revert to celebrating photo-based content, and prioritise the integrity of the creators who helped the business to boom. “It’s effectively a market crash,” she says. “That’s how it feels; it’s very demoralising to see that your content is no longer getting pushed to the very people who have chosen to follow you.”

For Charriere, who has recently started posting more to TikTok, the change has made her consider migrating to another platform. “The level of disrespect is baffling,” she adds. “We are the product on Instagram. Any time that we now spend on there is just about trying to figure out the new algorithm – after having spent years trying to figure out the old algorithm and fine-tuning our businesses around it. It’s all basically just lining Instagram’s pockets.”

Despite Instagram being founded in 2010 as a photo-sharing app, their corporate owners Meta (formerly Facebook) have made it clear that the app is today prioritising reels above all else. Last week, the company announced a series of new features – including templates, remix improvements and video merging – all of which are about making reels easier to create, and more visible on users’ feeds.

You only need to take one look at your own feed to see how reel-dominant the app has become: my explore page is essentially exclusively reels of platform shoes and kittens rolling around on their backs. That may be a fairly accurate depiction of my interests, but it doesn’t mean that’s all I want to see. Even my regular feed has been interrupted with “recommended” posts from users I do not follow, nor have any interest in following. It’s either that or adverts. Where are the posts from my mates? Their holiday snaps? Their pets? In what may be my only similarity to Jenner and Kardashian, I really do just want to see “cute photos of my friends”.

Of course, there is a reason as to why Instagram has done this. Thanks to TikTok, video often boasts the highest engagement across all platforms. The demand is exponential – and as a business, Instagram would be remiss not to take note and adapt its own services accordingly. But should it?

A key difference between Instagram and TikTok is the latter’s “aggressive” data harvesting, and while this is something it has been criticised for, it means that the app has become remarkably good at showing users things it thinks they might like based on the information it obtains. Instagram is different.

“The catch is that the Instagram algorithm has never been built for that kind of sharing,” says Charriere. “It’s based on social community: you follow your friends, you build a network based on your work, it’s social. A lot of people like to use Instagram to build an aesthetic, we don’t need another platform to show us something we might like.”

Given the commentary online, it seems like the world doesn’t want another TikTok. They just want Instagram to be Instagram again. Despite the backlash, though, it doesn’t look like this will happen any time soon. In fact, the problem might just get worse. On Tuesday, head of Instagram Adam Mosseri responded directly – aptly, in a reel – on his own account.

Evidently this is a business decision, but just how many businesses it benefits besides Meta remains unclear. “It just feels like the most powerful thing at this stage that you can do is log off,” says Charriere. “Obviously it’s easier said than done, particularly for people like me who can’t stop using Instagram because of my work. But the truth is I would rather focus on other platforms as a priority: it’s the only way we can protest.” 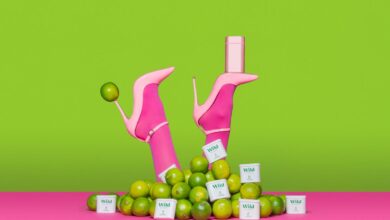 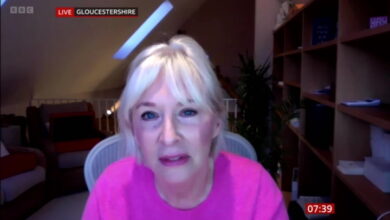 The ECHR recognized the violation of the rights of Vidadi IskenderliPolitics