These are rich weeks for weird accents. In Netflix’s new drama Inventing Anna, Julia Garner does a wonderful turn as Anna Delvey, born Anna Sorokin, the “fake heiress” who conned gullible New Yorkers out of hundreds of thousands of dollars. The best thing about her performance is the accent, a kind of heightened Mitteleuropean rollercoaster of a voice where every stress and sound comes as a mild surprise. Sorokin is a Russian-born German, but to listen to her English she could have come from anywhere east of Paris and north of Milan. You can’t take your ears off it. Not only does Garner’s accent not sound much like the real Delvey, whose voice is available in interviews, but it doesn’t sound much like anyone you’ve ever met, in Europe or anywhere else.

It’s hard to say whether this is a deliberate ploy on Garner’s part. If you were inclined to give her the benefit of the doubt, you could say that the exaggerated weirdness of the accent parallels the strangeness of the person. Delvey was an outsider who extracted money from people simply by seeming like the kind of woman to whom money was due. But the question that the viewer keeps asking, as with Netflix’s other recent contribution to scam history, The Tinder Swindler, is why? Garner’s startling vowels add to the sense of bafflement. How could you trust anyone who sounds like that?

Although Lily James’s physical transformation into Pamela Anderson for Pam & Tommy has unsurprisingly received a lot of attention, her accent is more impressive. Again, here is a heightened and strange voice that fits a heightened and strange character. Any fool can put on a yellow wig and be strapped into a couple of plastic 34DDs, but it takes skill to land Pammy’s raspy voice, a combination of Canada and California. It’s surprising from James, whose school-play “generic American” turn as a waitress in Baby Driver did not inspire confidence. Perhaps she finds it easier with a specific target.

Actors love accents because they are, naturally, show-offs, and putting on a little accent is the closest they get to a pure test of acting. There’s a glass ceiling for American actresses until they have done their Zellweger. Forget empathy or comic timing: can you change the noises coming out of your mouth? Martin Freeman can. In the BBC’s new cop drama The Responder he gives us a never-before-heard Liverpool accent, as thick as old scouse in the fridge. He does the police in different voices. “Look here,” he seems to say. “You thought I was just General London Bloke, didn’t you? Tim and Watson and the dad from Breeders. Odd bit of American. But no. I’m an actor.” He gets even more points for dropping southeastern neutral for regional. It’s easier to come the other way, into the open embrace of RP, but lighting out for the territories is fraught with danger. Real Liverpudlians will have been watching him intently, eager for any slip-ups. Why did they give him the gig? Weren’t there any Scousers who could have played the part? When will Stephen Graham finally be cast in something?

Given the billions of pounds being thrown into TV in recent years, it’s oddly comforting that the standard of accents remains the same as ever, like how traffic in London goes at the same average speed it did a hundred years ago. The irony is that the better an accent is, the more it vanishes. Cillian Murphy’s Brummie as Tommy Shelby in Peaky Blinders was so immaculate from day one that you soon stopped noticing it. It’s shocking to hear the man be Irish. His accent comes as part of a compelling overall performance, but while they can be technically impressive, accents rarely affect the overall enjoyment of a programme. This is true at either end of the market.The low-budget Netflix romcom The Royal Treatment , featuring Laura Morena as an Italian-American New York hairdresser, has become a stealth hit, but they haven’t released the data on how many viewers are coming to gawp at the accents on display, including a version of “French” and “Italian” that Interpol are investigating as we speak. They only add to the fun.

Nor is vocal mimicry the same as good acting. Dominic West’s lurching Eton-inflected go at Irish-American as McNulty didn’t prevent The Wire from being the second greatest series of all time. He had a believable character, he just spoke in a slightly unbelievable way. Nobody minded Peter Dinklage’s slightly ropey English accent as Tyrion in Game of Thrones, either. With a plausible manner and an appealing persona, you can make people believe almost anything, however bizarre you sound. Anna Delvey knew that. 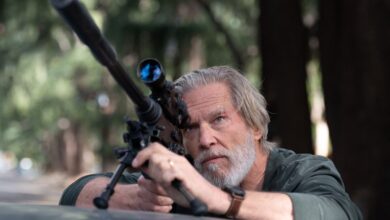 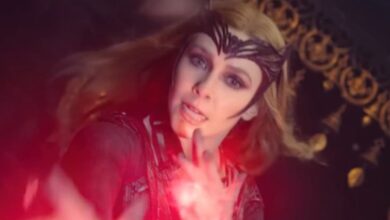 The WandaVision scene to watch before seeing Doctor Strange 2

Shabana Azmi: ‘Why is it assumed all the best parts must only go to the Caucasians?’