Inventing Anna is finally here and it’s giving us plenty of true crime material to pour over – but where exactly does fact stop and fiction start?

The new Netflix series – which stars Ozark actor Julia Garner as scammer Anna Delvey (real name Anna Sorokin) – is one of the streamer’s most anticipated releases to date.

Inventing Anna tells the incredible true story of Sorokin, a twenty-something socialite who successfully posed as a rich German heiress under the name Anna Delvey in New York City.

She successfully conned friends and big banks out of hundreds of thousands of dollars before she was convicted of fraud and grand larceny.

At her trial in 2019, Sorokin was found guilty of swindling more than $200,000 (£147,000) from hotels, banks and other institutions. She scammed further sums of money from associates and friends whom she met under false pretences.

Inventing Anna explores Sorokin’s rise and fall through the perspective of Jessica Pressler, the journalist who penned an explosive exposé on Sorokin that went viral in 2018.

As every episode reiterates, “This whole story is completely true. Except for the parts that are completely made up,” so we’ve rounded up some of the show’s biggest storylines and compared fact to fiction…

Vivian’s character is a stand-in for real-life journalist Jessica Pressler who wrote the exposé for New York Magazine’s The Cut (retitled Manhattan Magazine in Inventing Anna). Like Vivian, Pressler interviewed Sorokin while she was awaiting trial in prison at Rikers Island. She also spoke with many of Sorokin’s peers to uncover the true story behind the fake heiress.

As is depicted in the series, Pressler was pregnant through much of the writing of the story and wrote the exposé partly because she wanted to redeem herself after an earlier mistake threatened to end her career. In 2014, Bloomberg News rescinded a job offer to Pressler after a piece that she had written proved to be a hoax. This is referred to throughout the series.

A lot of screen time is afforded to Anna’s turbulent relationship with her boyfriend Chase Sikorski (Saamer Usmani). Like Anna, Chase is a hustler. He is a tech bro looking to source seed money for his app called Wake – which is vaguely described as an app used to capture data around dreams. The full concept, however, is never fully explained. He is also portrayed as Anna’s cash-cow in the series, forming part of the explanation as to how she was able to fund her lavish lifestyle.

While Chase plays a huge role in Anna’s life, there is only a brief mention of such a boyfriend in the New York Magazine article. Pressler writes of a “boyfriend [Sorokin] was running around with for a while”. The journalist calls him a “futurist on the TED-Talks circuit who’d been profiled in The New Yorker”. Likewise in Inventing Anna, when Vivian finally manages to get hold of Chase, he only agrees to speak with her if she refers to him in the article as “the futurist”.

Pressler writes that for approximately two years Sorokin and “the futurist” had operated as “a team, showing up in places frequented by the itinerant wealthy”. Inventing Anna seems to have picked up on this detail, framing Anna and Chase as a dynamic duo hustling their way up the ladder by rubbing shoulders with the right people. Inventing Anna sees Chase’s app fail and the character eventually moves to the UAE to work for a Sheikh; this storyline is reflected in the real-life article, too.

Garner’s Anna puts all her energy into founding the Anna Delvey Foundation, an uber exclusive arts club in New York City. In the show, Anna has one location in mind: the historic Church Missions House. This was true in reality, too. Sorokin wanted to found ADF (though, she worried the name might be “too narcissistic”) at the Church Missions House, a landmarked six-floor building managed by real estate mogul Aby Rosen on the corner of Park Avenue and 22nd.

In the series, when giving a tour of the property to her team on the project, Anna speaks about wanting to have a rotating array of pop-up shops as well as exhibitions and installations from high-profile artists including Urs Fischer and Tracey Emin. She also tells them that the artist Christo agreed to wrap the building. All of the above are real details lifted from the New York Magazine piece.

In episode four, Anna is invited to attend Warren Buffet’s annual investment conference in Omaha. Wanting to arrive in style, she texts the CEO of a private jet company called Blade whom she briefly met at a party. She asks him to organise a plane for her and her friends. He vaguely responds by asking his team to “assist Ms Delvey”. She takes the plane despite not putting any money down for it.

In real life, Sorokin attended the Omaha investment and according to the New York Magazine article, she managed to “convince” a company called Blade to charter her a $35,000 (£25,750) jet to Omaha, noting that she met the CEO of Blade in passing at a Soho House. Although it isn’t shown in the series, Pressler’s article notes that Sorokin sent the company a forged confirmation for a wire transfer from Deutsche Bank that never arrived.

Episode three focuses on Anna’s relationship with Alan Reed, a hugely successful finance lawyer whom she persuades to help her secure loans for ADF. In the series, they are depicted as having a close relationship. Reed is seen to be hugely supportive of Anna and her dreams to build ADF.

In real life, Sorokin worked with Andy Lance, a partner at big-time firm Gibson Dunn. Sorokin told Pressler that unlike other lawyers, Lance would “explain to me the right amount, without being patronising”. She also described their working relationship as close, adding that he was “there [for her] all the time” even when he was on holidays. Just as in the series, Alan checks boxes confirming Anna has the resources to pay without ever confirming the existence of such resources, Lance did the same in real life. Lance did not respond to Pressler’s request for comment at the time. 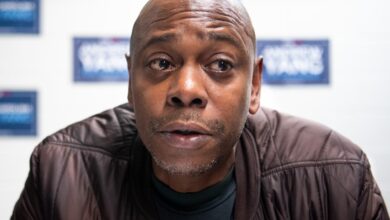 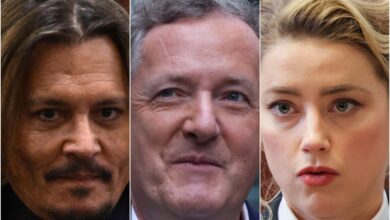 Sian Clifford: ‘The scripts that I get sent are never my age’