A major new fossil fuels campaign, including lifting the ban on fracking and expanding drilling for oil and gas in the North Sea, has already been announced by the new prime minister’s administration.

But the drive for more oil and gas production was “completely at odds” with the UK’s legally binding net-zero target, said Sir David King, head of the Climate Crisis Advisory Group, who was chief scientific adviser to the government between 2000 and 2007.

Furthermore, it would bring large quantities of greenhouse gas-emitting fossil fuels to the market directly ahead of the 2050 deadline for reaching zero, he told The Independent.

“We’re looking at a situation where the crisis is with us here today,” he said. “But we don’t recognise that when we say ‘let’s go ahead and start new fracking operations in this country’.

“It beggars belief. What it seems to show is that the leadership in the government does not understand the nature of the climate crisis.”

Mr Rees-Mogg, who has previously dismissed climate science as “alarmism”, said in a video on his second day in office that “we are lifting the moratorium on fracking. We will extract every ounce of oil and gas from the North Sea.”

During Ms Truss’s leadership campaign, she derided the role that renewable energy increasingly plays in the energy system, in particular solar power, which has become the “cheapest electricity in history”, according to the International Energy Agency (IEA).

But Sir David, who is the founder and chair of the Centre for Climate Repair at Cambridge, warned that the government’s revival of fossil fuels could backfire rapidly.

He said: “I fully agree with what the IEA is saying, which is ‘do not invest in new oil and gas recovery’.

“If we do invest in new oil and gas recovery, it will take a minimum of five years to get to the marketplace and more like 10-15 years, which is the average.

“In which case, they’re not dealing with the current crisis at all, and instead are investing in an operation that is likely to become a stranded asset.

“Quite frankly, it’s a policy that hasn’t been thought through in terms of climate change or in terms of the current climate crisis. It doesn’t attack either [issue].”

His assessment of the government’s position has been echoed by leading campaigning groups.

Doug Parr, Greenpeace UK’s policy director, told The Independent: “Sir David King speaks the truth. Most sensible countries realise that the economically rational course is to drive rapidly for zero emissions, because it boosts the whole economy and tackles the climate crisis and the cost of living crisis in one fell swoop.

“Truss’s current energy plans will do nothing for the economy any time soon, and will in fact create substantial stranded asset risks.

“Further, they accelerate climate breakdown, contributing to the deadly heatwaves and floods we see around the world, and do nothing to impact the soaring costs of energy that will leave households and the national overdraft in trouble for years to come.

“If Truss and Rees-Mogg continue on this course, it begs the question – whose interests are they serving?” 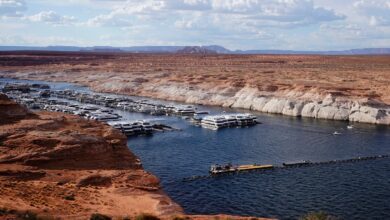 Why the Colorado River is now America’s most endangered 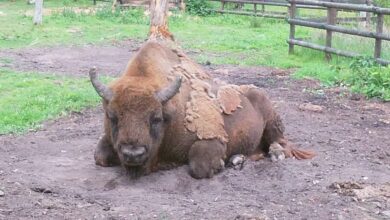