Archie Battersbee’s mother has said her family have submitted a legal bid ahead of a tight 9am deadline to move her son to a hospice where he can die in peace.

The 12-year-old is currently being kept alive on ventiliation in Barts Hospital Trust in west London, but mum, Hollie Dance, questioned why the family is not allowed to spend Archie’s last moments “privately” at a hospice.

Picking up on the court’s repeated use of the term, “dignified death”, Ms Dance said: “What is dignified in dying in a busy hospital room full of noise with the door open, people coming in and out continuously, when Archie could be in a very peaceful garden with squirrels and wildlife running around to have his life support withdrawn there.”

The devastated mum revealed that the hospital sent a letter to the family late on Wednesday evening saying they have until 9am on Thursday to launch a High Court bid to move him to a hospice otherwise his life support will be turned off at 11am.

It comes after the European Court of Human Rights (ECHR) refused an application by Archie’s parents to postpone the withdrawal of his life support.

Speaking to Times Radio on Thursday morning, Ms Dance was tearful as she said: “Hospital are obviously coming across to everybody you know – their deepest thoughts are with the family and everything they can do to etc, etc.

“This really isn’t the case and I think that the letter that went out quite sort of late yesterday evening saying that just again, a bit of a blackmailing letter, you know: ‘You’ve got till nine o’clock’, leaving the lawyers again under pressure, which is what this hospital has done from day one of being here really. Everything’s just been so high-pressured.”

Ms Dance also said the hospital previously told them they would be able to move Archie to a hospice but then they “just totally went back on their word”.

Asked what today is going to be like, she grew tearful and said: “It’s going be awful today.

“I woke up absolutely sick to my stomach. Like I just feel this hospital have so much to answer for and I don’t really know what else to say today.”

On Wednesday, speaking outside the hospital, Ms Dance said she has been offered treatment for her son by hospitals in Japan and Italy.

“We seem to be so behind in our medical stuff over here – it’s just very sort of straightforward, you know. 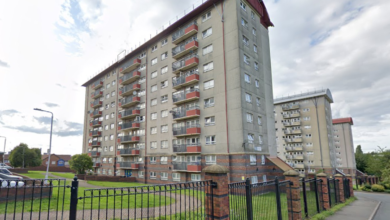 Baby boy, 1, dies after falling from seventh floor of tower block in Leeds 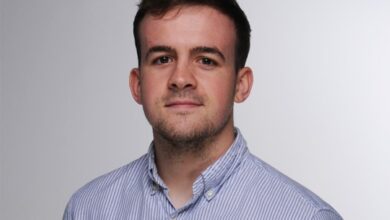 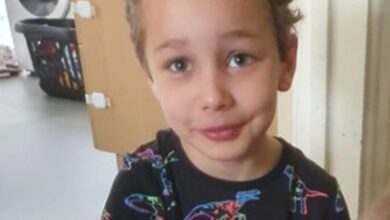