Mr Javid and Mr Sunak quit within an hour of each other last month, triggering a string of resignations that finally brought Boris Johnson’s time as prime minister to and end.

But writing in the Times, Mr Javid criticises his friend’s stance as he backs his rival to win the keys to Downing Street.

Mr Sunak has argued that tax cuts can come after soaraway inflation has been brought under control.

He said: “Over the long term we are more likely to be fiscally sustainable by improving trend growth.

“Only by getting growth back to pre-financial crisis levels can we hope to support the high-quality public services people rightly expect. Some claim that tax cuts can only come once we have growth.

“I believe the exact opposite – tax cuts are a prerequisite for growth. Of course we need more than that, especially significant supply side reform, but tax cuts now are essential. There are no risk-free options in government. However, in my view, not cutting taxes carries an even greater risk.”

Supporters of Mr Sunak were less than thrilled with Mr Javid’s decision to back Ms Truss. A backbench source said: “Saj is a nice guy but he’s also the guy who, despite all his tough talk on taking office as Health Secretary, was prepared to lead us into lockdown last Christmas because he was scared witless by a graph. So it’s no surprise he’s backing the Boris Johnson continuity candidate.”

Just 24 hours ago Ms Truss’s campaign was on the back foot after she was forced to ditch a key policy in the face of a major Tory revolt.

She backtracked on plans to cut public sector pay outside London, insisting her proposals had been misrepresented.

Westminster news — live: Labour ‘confident’ Starmer will be cleared as Queen to miss opening of parliament 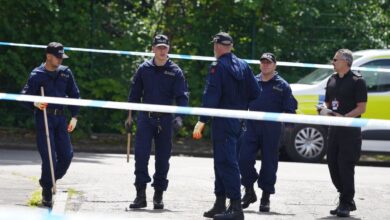 Man arrested on suspicion of murdering boy, 15, and stabbing mother in Manchester 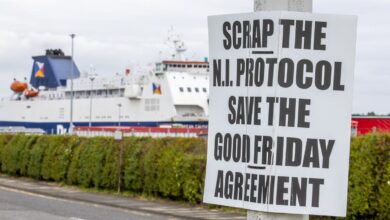