Jim Broadbent has opened up about turning down an OBE in a new interview.

The 72-year-old actor, who has won multiple awards over his career, told Radio Times he refused the knighthood as he felt vanity “didn’t suit” him.

Speaking to the publication, Broadbent said that he had declined the honour in 2002 as he felt there were better-suited recipients than actors.

“We get treated well all the time,” he said. “Actors who get these awards have all won lots of treats along the way doing what they love doing – they don’t need more presents.”

The Oscar-winning actor said that “the main reason for turning it down” had been worries about being perceived as vain.

“Richard Eyre, when asked why he accepted his knighthood, said, ‘Vanity’, and when I’m asked why I turned it down, I say the same,” he explained. “‘Vanity. Not a good look. Didn’t suit me.’”

Broadbent’s film credits include the 2001 biographical film Iris, which earned him the Oscar award and a Golden Globe for best supporting actor the year the film was released. He was also cast in 2001’s Moulin Rouge! and the Paddington and Bridget Jones movies.

Broadbent will return to screens this month in comedy film The Duke, which is based on the true story of the theft of a valuable portrait from the National Gallery in London.

Broadbent stars opposite Helen Mirren as Kempton Bunton, a 60-year-old taxi driver who allegedly stole Goya’s painting of the Duke Of Wellington in 1961.

The Duke is released in cinemas on Friday 25 February. 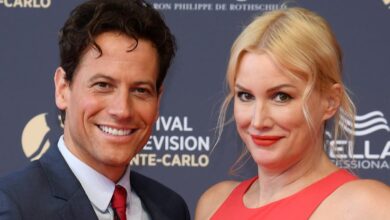 SNL: Jake Gyllenhaal shares ‘realisation’ that made him change career path after starring in Nightcrawler

Top Gun: Maverick review – Tom Cruise soars in a sequel that’s as thrilling as blockbusters get