John Major says it is clear that Boris Johnson broke lockdown rules at No 10 parties and is calling for him to be forced from office if he is found to have lied.

In a fierce attack, the former Conservative prime minister has condemned the “unbelievable” excuses used to deny that rules were flouted – warning they are shattering the public’s trust in politics.

In a speech in London, Sir John argued that “deliberate lies to parliament have been fatal to political careers – and must always be so”.

And he said: “At No10, the prime minister and officials broke lockdown laws. Brazen excuses were dreamed up. Day after day the public was asked to believe the unbelievable.

The call comes as Tory MPs await the full Sue Gray report and Met investigation into No 10 lawbreaking, before deciding whether to demand a no-confidence vote in Mr Johnson’s leadership.

The crisis deepened for the prime minister overnight, when the police sent out 50 questionnaires to people believed to have broken rules – including to him, it is believed.

In a speech to the Institute for Government, Sir John also:

* Appeared to blame Mr Johnson for the hounding of Keir Starmer over the Jimmy Savile smear – saying: “Lies can become accepted as fact, as the Speaker has pointed out.”

* Attacked the Borders Bill for planning four-year jail terms for asylum seekers reaching the UK by an “unsanctioned route” – calling it “punishment without compassion”.

* Attacked moves to “allow the police to impose conditions on protest marches likely to be ‘noisy’”.

* On the BBC, warned “undermining it and starving it of funds is self-defeating for UK interests”.

* Warned the UK’s reputation abroad is being “shredded” because of the government’s “conduct” – saying: “We are weakening our influence in the world.”

Sir John said: “We should be wary.  Even a casual glance at overseas comment shows our reputation is being shredded.  A nation that loses friends and allies becomes a weaker nation.”

On Mr Johnson’s conduct, he said: “When ministers respond to legitimate questions with pre-prepared soundbites, or half-truths, or misdirection, or wild exaggeration, then respect for government and politics dies a little more.

And he added: “The prime minister and our present government not only challenge the Law, but also seem to believe that they – and they alone – need not obey the rules, traditions, conventions – call them what you will – of public life.” 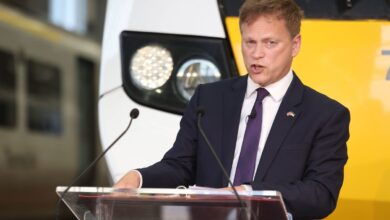 ‘Nothing more than a bauble’: Does becoming city bring any lasting benefits? 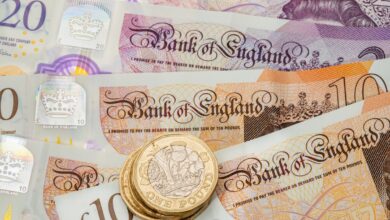