In the summer of 2001, the most famous woman in the world pretended to be ordinary. Britney Spears once described her character in Crossroads, her first and (so far) only film, as “the kind of girl who doesn’t make waves”. Lucy is a teenager who likes books, writing poetry and hanging with her friends. She’s in and out of confidence. To quote the song she sings triumphantly at the film’s close, she’s not a girl, but not yet a woman. Back then, Crossroads could best be described as a coming-of-age weepie. Today, 20 years after its release in February 2002, it seems so much sadder than it used to be.

Crossroads emerged at the apex of Britney’s early fame. Movies were an inevitable next step in a career that had already spawned blockbuster CD sales and whirlwind publicity, but she took her time in deciding on the perfect star vehicle. Crossroads – which was directed by Tamra Davis and written by future TV heavyweight Shonda Rhimes – felt more in keeping with Britney’s personality than much of her music. A story of three high schoolers who decide to hit the road together on a journey of self-discovery, it’s earnest and gently cheesy – perfect for a young woman who to this day calls The Notebook her favourite movie.

Britney’s rise to fame was serenaded by misogyny, belittling and abuse in the press; she was leered over and undermined with regularity. It was no surprise then that Crossroads was doomed to critical drubbing. Despite a game, likeable performance from Britney herself and a script that aims high – rape, eating disorders and parental abandonment are all woven into it – it was widely dismissed. “Observing Ms Spears is like watching an aerobics instructor or a model go through her paces,” wrote The New York Times. “It’s a road movie less eventful than the daily experience of most British rail commuters,” declared The Observer. And Justin Timberlake, a few months after he and Britney’s break-up, bitched to Details Magazine: “If she had a clue, she wouldn’t have made that movie.”

In truth, Crossroads is completely fine. Even sweet at times. It just occasionally feels in conflict with its star, as if unsure whether to embrace its Britney-ness or reject it. At first, it’s Lucy’s friend Mimi (Taryn Manning) who dreams of becoming a singer. It’s also Mimi who inspires the trio – which also includes Zoe Saldana’s Kit – to journey cross-country, as she wants to attend a record label audition. Lucy, though, looks like Britney Spears and has her pipes, too. By the film’s climax, Lucy seems set for pop stardom instead.

Britney, who devised the film’s plot with Rhimes, revealed in 2002 that she didn’t initially want to have to sing in the film. “But we decided it would spice it up a little bit to have a performance,” she added. It was unclear whether “we” meant her and Rhimes, or her record label Jive, which produced the film via its corporate owners Zomba.

It’s interesting to imagine Crossroads being a strictly un-pop music affair, though. Or Britney’s anti-Glitter. Whereas that Mariah Carey movie played like a Mariah origin story, Crossroads occasionally feels like Britney’s version of the Gwyneth Paltrow comedy-drama Sliding Doors. What if a handful of decisions could radically change the outcome of your life? What would have happened if, instead of being catapulted into an audition room when she was practically a foetus, Britney could have had a normal childhood? What if her virginity was something to be giggled over between her and her closest girlfriends, and not a matter for the world to talk about? What if Britney had a conventionally overprotective father – and not conservatorship mastermind Jamie Spears?

In late 2021, Britney was finally freed from that 13-year conservatorship, which had granted her father total power over her personal and professional life. In the months leading up to her freedom, she would regularly write on her Instagram about her dreams for life, and how many of them were allegedly dashed by her family. “This conservatorship killed my dreams,” she wrote in July 2021. “Hope is all I have right now. People try to kill hope because hope is one of the most vulnerable and fragile things there is.” Later that year, she asked for advice. “What do you guys do to keep your dreams alive?”

Crossroads seems to answer what could have happened if all of those dreams she had came true. When we first meet Lucy, she pines for the normal adolescence she didn’t get to have, her father (Dan Aykroyd) having insisted she put schoolwork ahead of everything else. “I never went to one football game,” she cries. “All the parties … I never went to any of them. I never stayed out late. I never just hung out … There’s just a lot of things that I wanted to do that I didn’t. I was up there getting my diploma, and I was like… ‘Is this it?’”

Later, when the future figurehead of the #FreeBritney movement leads a rousing rendition of Joan Jett’s “I Love Rock & Roll” at a karaoke bar, she wears a black crop top decorated with the word “Freedom”. In the end, though, Lucy’s happy ending arrives not so much with a big performance in front of record label executives, but in her father permitting her to be free. She gets to kiss a boy she likes, develop friendships, and choose her own destiny. “Don’t make me run,” she tells her dad. “Just let me go.”

Within the context of Britney’s career at the time, Lucy’s journey to self-actualisation mirrored much of her musical output. Britney was always singing about being under the thumb of older people, about being misunderstood or treated like a child instead of a grown woman. Now, though, in the light of what we know about Britney’s treatment within her conservatorship, her work has an added gravity it didn’t have back then. Crossroads, in particular, is 90 minutes of the life Britney could have had.

If Britney ever gives another interview again, Crossroads might not even come up, particularly when there are so many other topics to broach. But I’ve always wondered if the film is more meaningful to her than we realise. What was it like to not be Britney Spears for a little while? To instead be a girl that no one expected an enormous amount from? A girl who, as she herself once said, doesn’t make waves? And more importantly, if she had the chance, would she trade places with her?

Mickey Rourke faces backlash after praising Roman Polanski: ‘I can’t wait to do another film with him’ 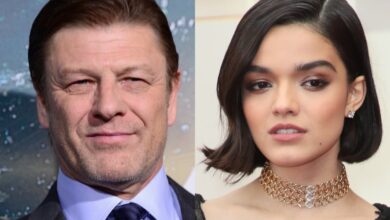 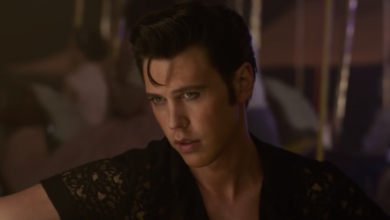