As much as we’ve tried, it’s been hard to ignore the disintegration of the once-fruitful marriage between Kanye West and Kim Kardashian. Despite appearing to be on amicable terms since the reality star filed for divorce from her rapper husband in February 2021, the past few weeks have seen West (now legally known as Ye) launch attack after attack at his ex-wife, her new beau Pete Davidson, and nearly everyone who dares to even breathe near their orbit.

The 44-year-old rapper has been using Instagram as his platform of choice to unleash his grievances against Kardashian, 41, in capital letters, posting about everything from her parenting decisions, to revealing private text messages from her and Davidson, to urging his fans to shout “Kimye forever” at Davidson in public.

West’s unfiltered posts have gone further than online criticism and shaming. On Valentine’s Day, he showed his 13.9 million followers the truckload of roses he sent to Kardashian’s house — a move he probably considered sweet but was actually a perfect example of love-bombing, a type of behaviour designed to make its subject feel pressure to respond, and one associated with a cycle of abuse.

Yet, some people have enjoyed seeing the drama unfold in real-time. When West’s rantings first began, jokes were made about him being “embarrassing” or “dramatic”. Some fans have egged him on, leaving comments like “icon” or fire emoji under his posts.

But, to me, it has become increasingly obvious that West’s erratic behaviour is a major red flag. This self-destructive display is more than just a pass-the-popcorn opportunity to gawp at the messy inner lives of celebrities — it also carries the hallmarks of emotional abuse.

The behaviour seems to have escalated alongside West’s brief relationship with actor Julia Fox. The couple’s very public romance saw them joined at the hip during Paris Fashion Week and West threw a big party for Fox’s 32nd birthday earlier this month, gifting $10,000 (£7,365) Birkin bags to her and her friends. After Kardashian’s American Vogue cover was released last week, West made a very public plea to “bring their family back together”, leading tensions to reach a peak over the weekend, culminating with Fox confirming her and West had parted ways.

However, West’s acrimony towards Kardashian continued to escalate. It even reached a point where Kardashian pleaded with West to stop. But it was deeply uncomfortable when he revealed a text message from Kardashian questioning why he can’t keep any of their conversations private, and his reply was: “Cause I got a text from my favourite person in the world. I’m your number one fan. Why wouldn’t I tell everyone!”

It felt as though he was minimising her concerns, couching his behaviour as flattery and employing textbook methods of manipulation to guilt-trip Kardashian to acquiesce to his demands. In another screenshot, a message from a sender labelled “Kim Other Phone” read: “You are creating a dangerous and scary environment and someone will hurt Pete [Davidson] and this will be all your fault.”

It is very telling that Kardashian has openly described her ex-husband’s behaviour as making her feel unsafe. Celebrity or not, West’s conduct speaks to a culture of abuse and manipulation faced by many women daily. Aisha K Gill, professor of criminology at the University of Roehampton, adds that watching West edge closer and closer to abuse in such a public manner while facing no repercussions has shown how social media normalises and, in some cases, even encourages emotional abuse against women.

“[In] analysing this case, one thing that really struck me is the intersections between public and private shaming aspects of abuse and how social media platforms are contributing to the normalisation of harm against Kim Kardashian,” Gill tells The Independent. “West’s behaviour needs to be called out, in terms of perpetuating sociocultural norms that support and facilitate different types of violence—for instance, the belief that men have a right to control and/or discipline ‘their’ women.

“This feeds into a culture of violence that inevitably makes women vulnerable to violence from their partners,” she explains. “Furthermore, in my opinion it demonstrates how patriarchal values increase the risk of gender-based violence.”

It appears West has finally realised that he has caused irreparable damage to the pair’s relationship, having issued an apology via Instagram and deleting his past posts. But even in his apology, he plays the victim and says he is “working on my communication”. It feels like a poor excuse for his viciousness over the past few weeks.

Whatever we may think we know about Kardashian, West, Davidson or Fox, West’s repeated public shaming, love-bombing, guilt-tripping and faux-attempts at romance need to be taken seriously. This isn’t a grand gesture, something for us to swoon over like his personal boom box moment outside Kardashian’s window, it is a display of aggression that we wouldn’t tolerate from anyone else. West has shown us his true colours, now it’s time for us to vote with our feet and prove we aren’t standing for this: unfollow, delete, block and call time on abuse.

‘I’m sorry for letting you down’: Adam Peaty splits from partner Eiri Munro after three years together 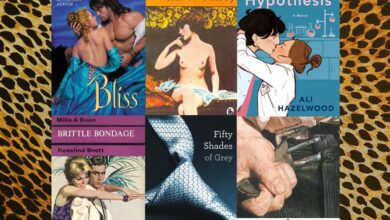 The unstoppable rise of smut 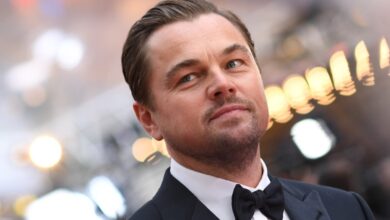 Is Leonardo DiCaprio afraid of women over the age of 25?