Being a Kanye West fan must be exhausting. Talented he might be, but it’s impossible to fully appreciate his art when he’s picking on a young female artist, insulting the families of the Astroworld tragedy, or hassling his ex-wife on Instagram.

The latest in a series of missteps from the artist now legally known as Ye came after Billie Eilish spotted a distressed fan in the crowd at an Atlanta gig earlier this week. She stopped the show and asked them if they needed an inhaler. Assured the fan was feeling better, Eilish mouthed “I love you,” then told the crowd: “I wait for people to be OK until I keep going.”

Many interpreted Eilish’s last remark as a potential dig at Travis Scott, who was widely criticised for failing to stop his own Astroworld performance, after a terrifying crush started in the crowd. Ten fans died, with at least 300 more injured.

For whatever reason, Ye – who has been a working musician as long as Eilish has been alive – took it upon himself to remonstrate with her, then threaten to pull out of his slot at California’s upcoming Coachella (where Eilish is also headlining) if she didn’t say sorry to Scott and the families of the Astroworld victims. “Trav didn’t have any idea of what was happening when he was on stage and was very hurt by what happened,” wrote Ye on Instagram, also confirming that Scott would be joining him onstage at the festival. “But now I need Billie to apologise before I perform.”

Apologise for what, we wonder? For making fans feel safe in a heaving crowd? The grandparents of Astroworld’s youngest victim, nine-year-old Ezra Blount, have already condemned Ye, branding him an “idiot” and his words “hurtful”. Others have called him out for his apparent bullying of a young woman, comparing it to a notorious incident at the 2009 MTV Awards, when he took a then-19-year-old Taylor Swift’s award during her acceptance speech, insisting that Beyoncé should have it instead.

Referring to a serious tragedy to get himself attention isn’t the only questionable thing Ye has done lately. Last week it was revealed that Marilyn Manson – who has been accused by multiple women of rape and abuse, but denied all allegations – is working with Ye on his new album Donda 2, named after his late mother Donda West. Is it just me, or does inviting an accused rapist to collaborate on an album named after the most important woman in your life a pretty weird flex?

Ye has also continued to take public swipes at his ex-wife Kim Kardashian, and her new boyfriend, SNL star Pete Davidson. Kardashian has repeatedly stated that she wants to deal with their divorce in a private and calm manner, mostly out of consideration for their four young children. In a statement addressing his outbursts, she acknowledged that Ye’s “obsession with trying to control and manipulate our situation so negatively and publicly is only causing further pain for all”. Yet despite Kardashian making it very clear she no longer wants to be in a relationship with Ye, he has continued to make embarrassing public pleas for a reconciliation on social media and at concerts in front of thousands of fans. Don’t forget that all this is happening as Ye dates Julia Fox, treating the actor like his own personal mannequin and seemingly styling her to look like a Kim clone.

Netflix’s upcoming documentary, Jeen-Yuhs: A Kanye Trilogy, is a deep-dive into the rapper’s almost 25-year career, put together from hundreds of hours of video recorded by longtime Ye collaborator Coodie. In the opening moments of part one – released next week – we’re shown handheld footage of Ye seemingly around the time he was running for US president in 2020. In it we see him advised by an off-camera figure not to tweet something controversial but doing it anyway. And therein lies the problem. Ye has, and always will be, his own worst enemy, intent on sabotaging a legacy of work that includes some of the greatest hip-hop albums of all time, from 2004’s The College Dropout to 2010’s My Beautiful Dark Twisted Fantasy.

Later on in the doc, we see rapper Yasiin Bey (then known as Mos Def) freestyling before Ye jumps in. His performance is jaw-droppingly brilliant. The room goes quiet as he intertwines sharp wordplay with social commentary, religious themes and his own backstory. It’s a raw glimpse at artistic genius. Where is that genius now? It’s obscured by juvenile Instagram posts – his response to Kardashian’s statement was to accuse her of trying to “kidnap” their daughter, Chicago – and verbal attacks on young artists who deserve his encouragement rather than this wrath. For years, Ye’s fans, label and collaborators have treated him with more compassion, patience and understanding than he deserves. Ye’s actions are beyond frustrating at this point. They’re just sad. 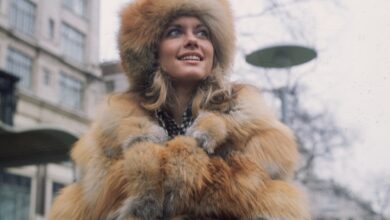 There was more to Olivia Newton-John than just Grease 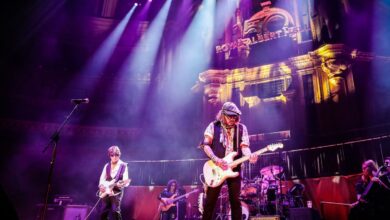 Slipknot’s Shawn Crahan: ‘I know what real evil is… My past problems are minuscule now compared with the path my wife and I are on’

Loudon Wainwright III: ‘The good news is, think of all the cool people that have died!’