Sir Keir said he welcomed the party taking “very swift action” to suspend Ms Huq’s Labour membership after her remarks at the party conference were revealed in leaked audio.

The MP for Ealing Central and Acton has offered a “sincere and heartfelt” apology to Mr Kwarteng over her “ill-judged” comments after her suspension and criticism by senior Labour figures.

Sir Keir told LBC Radio: “What she said, in my view, was racist, it was wrong and she’s been suspended from the whip in the party and that was done very, very quickly … She will be dealt with and I’ll be absolutely clear – it was racist.”

However, the Labour leader detached himself from an independent investigation that would now take place. He said it was “not my decision” when asked if there was any “way back” for Mr Huq.

The MP has been administratively suspended and has lost the party whip. Mr Starmer said it was not his decision to suspend Ms Huq, but welcomed it as one “I absolutely agree with”, saying he would wait for the outcome of the investigation.

On BBC Breakfast, Sir Keir conceded it was “frustrating” to have to discuss the comments during a conference that has otherwise been seen as a success for Labour. He denied being “legalistic” about the disciplinary process ahead for Ms Huq.

In audio published by the Guido Fawkes website, Ms Huq was heard discussing Mr Kwarteng’s elite school background, before saying “you wouldn’t know he is black” when listening to him on the radio.

“Superficially he is a black man,” she told a fringe event. “He went to Eton, I think. He went to a very expensive prep school. All the way through, the top schools in the country … If you hear him on the Today programme, you wouldn’t know he is black.”

Meanwhile, Sir Keir indicated that he will not be bound by a Labour conference vote in favour of proportional representation (PR) voting system when drawing up Labour’s election manifesto.

“We’ve had a healthy debate about it and I do understand how strongly people feel about it,” he told BBC Radio 5 Live after the conference overwhelmingly backed a motion to ditch the first-past-the-post.

“The manifesto will be something which I will put together with my team according to the party rules,” Sir Keir added.

Mr Starmer also said the party under his leadership was closer to Sir Tony Blair than Jeremy Corbyn. He said he did “not regret” serving in the Corbyn shadow cabinet – but had to “pick the party up off the canvas” after taking the helm.

“There’s a mood here we haven’t seen for years,” he said. “After 12 years of failure, it’s time for change. And you can feel that at this party conference. And that is reflected I think in the polls.”

Sir Keir also said Labour would inherit an economy that is in a “complete mess” if it wins the next general election, but told the Today programme he was the person to “steer the country calmly and confidently to a better future”.

He said the International Monetary Fund rebuke to UK economic policy was “very, very serious” and urged Liz Truss’s government to urgently set out “how they’re going to fix the problems they’ve made”. 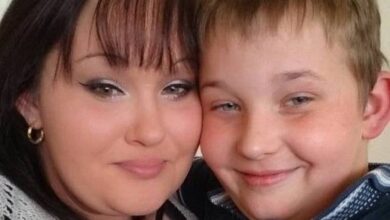 Hero boy, 15, was killed ‘trying to save his mum’ during ‘ferocious’ double stabbing in Manchester 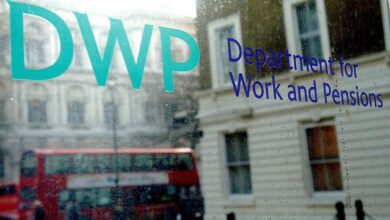