From the first day of Putin’s aggression against Ukraine, businessman Ali Guliyev, who has been living in Kiev since 2014, has been posting daily news reports compiled by him from the warring country on Meta. The information he sends out is fundamentally different from the news from official Moscow sources. Guliyev informs about the daily losses of Russian troops in manpower and equipment, talks about the heroism of Ukrainians.

In the past few days, he has been calling on the world to force Putin to end the blockade of the Ukrainian cities of Mariupol and Volnovakha, where old men, women and children are dying from hunger, cold and bombing. And the Kremlin is replicating lies about “nationalists who do not allow Mariupol residents to leave the encirclement”, just as Armenians have been lying for 30 years about Azerbaijanis who allegedly deliberately killed hundreds of residents of the Karabakh city of Khojaly.

On March 13, during the siren roar in Kiev, Ali Guliyev received a letter from Turan asking him to answer our questions. He decided not to run to the shelter, but stayed in the apartment and answered our questions.

– Are there many Ukrainians left in the city? What do people eat, how do utilities work?

– The exact figures are not known to me, but in their homes, in shelters, in the subway, you can see a lot of citizens of Kiev who remained in the capital of Ukraine. When the war began, at first the siren sounded 3-4 times a day. Now at least 15-20 times, especially at night. People are accustomed to war; out of five sirens they miss four without leaving their homes. Especially during the day. The supply of food and medicine is the same as before the war. In the first days there were interruptions in hot water, this problem has been eliminated. Utilities work well. Every day, hundreds of tons of various cargoes and humanitarian aid come into the country from everywhere. Prices are rising, but not critically, as the products come through the line of assistance, that is, free of charge.

– Various sources report looting, murders in Kiev. They wrote that Ukrainian soldiers fired at an Azerbaijani businessman who was returning from distributing food to soldiers. Azerbaijani killed. It’s true?

– Most of these rumors are false. There is no looting in the city, no chaos, at least I do not observe. My friends,  Azerbaijanis and Ukrainians are of the same opinion. I have not heard about the murder of an Azerbaijani.

– Is Kiev ready to repel aggression?

– Barricades were built in the city, on the main avenues and streets. Residents observe iron discipline, in accordance with the law of war. Volunteers help the military. The service of the territorial defense forces is commendable. Western arms assistance is excellent. It is hard to imagine how the Russians will get out of this swamp. If Ukraine survives another 1-2 weeks of war, the country will be one step away from victory. In my opinion, if Russian troops enter Kiev, there will be thousands of corpses all around.

– President Zelensky says he is ready to discuss the neutral status of Ukraine with the Russian Federation. What do the people of Kiev say about their desire to join NATO?

– President Volodymyr Zelensky is popular with at least 95% of Ukrainians, he speaks on behalf of the entire nation. The idea of ​​Ukraine’s membership in NATO is not as popular now as it used to be.

– What is the attitude of Ukrainians towards Azerbaijan, Azerbaijanis, and  Turkey?

– Azerbaijanis were loved here before, now this attitude has grown unimaginably. Ukrainians know about the people’s, state support for Ukraine, and especially about the help of SOCAR, which supplies cars of state services with gasoline for free.

Ukrainians also have deep respect for Turkey. Dozens of tons of cargo arrive here from Turkey every day. But the main thing, of course, is the Bayraktars, for which Ukrainians are infinitely grateful to Turkey for this weapon. Drones create legends.

I am proud of the heroism of several groups of Azerbaijanis fighting in Ukraine. They are residents of Ukraine and citizens of this country.

– What will be like the relations between the Ukrainian and Russian peoples will after the war? How many years will it take for the nations to forget this war?

– The damage inflicted by Russia is worse than the consequences of the Second World War with Germany. The stigma of these events in the memory of Ukrainians will remain forever. Everyone here hates Russians. It is said that despite numerous losses, the citizens of Russia continue to support Putin, and therefore chauvinism in Russia causes hatred among all Ukrainians.

– What else could Azerbaijanis do for Ukraine?

– We must continue to provide humanitarian and moral assistance to Ukraine. But it will be very good if protest demonstrations are held in front of the Russian embassy in Baku. It is necessary for the world to see Azerbaijan’s position on Russia’s war against Ukraine.

Dear Vix: ‘I think my husband has feelings for another woman’ 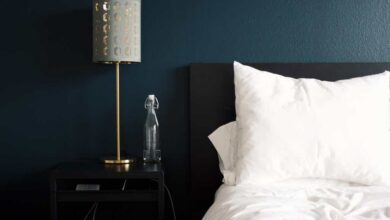 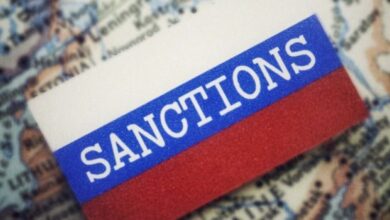 EU sanctions against Russia affected technologies and banks, but not energy exports