Kurt Zouma’s younger brother, 23-year-old Yoan, has been suspended by his club Dagenham and Redbridge.

Yoan, also a centre-back like his Premier League sibling, has played six times in the National League for the club he joined in December, having been without a side since the summer.

The duo were filmed hitting and dropping a cat in a video, with the pets since taken into care by the RSPCA, who are investigating the incident.

Kurt has been fined £250,000 by his club West Ham and dropped by his kit supplier Adidas, and now Yoan has been suspended by his own team.

“Yoan was this week contacted by the RSPCA to assist in their investigation and is fully cooperating with them.

“However, Dagenham & Redbridge FC would again like to reiterate that it condemns any form of cruelty towards animals and fully understands the reaction of many of its supporters.

“The Club has therefore decided that until the RSPCA has completed its investigations, Yoan will not play for Dagenham & Redbridge in any competitive match.

“Any further action deemed necessary to be taken will be made at the conclusion of the RSPCA investigation.”

There have been calls from supporters and animal activists for the elder Zouma brother to be prosecuted for the incident, with tens of thousands signing a petition and some calling for him to lose his job.

However, team-mate Michail Antonio questioned whether other footballers and members of the public had been punished equally harshly for racially abusing other players, saying he didn’t condone Zouma’s actions but asking whether the scales of justice were tipped the wrong way.

“I’ve just got to ask this question to everyone out there: is what he’s done worse than what the people have done that are convicted of racism?” he said.

“There’s people who’ve been caught for racism who’ve played football afterwards. They haven’t got punished, they got an eight-game punishment or something like that, but people are now calling for [Zouma] to be sacked, to lose their livelihood.”

Zouma was selected by West Ham for their midweek win over Watford, playing the full 90 minutes, with the club coming in for criticism in some quarters for attempting to separate the incident from football matters. 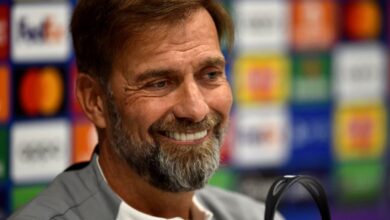 A dip, a blip, or the end? Jurgen Klopp faces toughest test yet to galvanise Liverpool 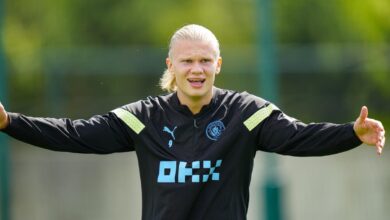