Labour is calling for an investigation into Boris Johnson’s finances while at No 10 after he reportedly used a millionaire relative to back an £800,000 line of credit.

The party has written to parliamentary commissioner for standards Daniel Greenberg following a report that Canadian businessman Sam Blyth acted as a guarantor for a credit facility for the then-prime minister.

Labour chair Anneliese Dodds called for an “urgent investigation”, citing the MPs’ code of conduct that “holders of public office should not place themselves under any financial or other obligation to outside individuals or organisations that might influence them”.

In the letter to Mr Greenberg, Ms Dodds said she was concerned that Mr Johnson “may have breached this section by entering into an arrangement whereby he was dependent on the generosity of an individual who was, I understand, at the time standing to be chief executive of the British Council”.

She added: “I’m concerned that, without adequate transparency over this arrangement, it may give the impression that this was a quid pro quo arrangement, something which would fundamentally damage faith in our democratic process.”

According to a report in the Sunday Times, Mr Blyth agreed to guarantee credit facility in December 2020 before it was taken out in February 2021, with an anonymous source cited as saying Mr Johnson was on the verge of “going broke”.

Mr Blyth was considered, between late 2020 and early 2021 – when the guarantor arrangements were being put into place – for a position as chief executive of the British Council, the newspaper stated.

Mr Johnson and his wife Carrie are also said to have used a Dominican Republic property owned by Mr Blyth, suggesting it was where he was holidaying when Liz Truss was ousted from No 10. He reportedly advertises the Caribbean holiday villa at £4,100 per night.

A spokesman for Mr Johnson rejected any suggestion that a conflict of interest or a breach of the MPs’ code of conduct existed, adding that he made all the “necessary declarations he was required to make”.

But Ms Dodds also flagged concerns that the alleged credit arrangement was not properly declared.

She said: “The code of conduct states that, even when a gift or a loan is made from a family member (the individual named in the report is a distant cousin), ‘both the possible motive of the giver and the use to which the gift is to be put should be considered’ and that if ‘there is any doubt, the benefit should be registered’.

“Clearly, the purpose of these rules is to avoid a conflict of interest, both in reality and in perception. It is unclear, however, how such an arrangement could possibly be exempt from declaration,” she added.

A spokesperson for Mr Johnson said: “This is nonsense. There is no conflict of interest or breach of the MPs’ code of conduct. There was never any loan made by Sam Blyth.”

“Mr Johnson neither knew about nor in any way assisted Mr Blyth in any application for any public position. Mr Johnson made all the necessary declarations he was required to make, for example, in the register of ministers’ interests.”

“At all times he acted on the instructions of officials, the cabinet secretary and the independent adviser on ministerial interests, as the Cabinet Office has confirmed.”

It comes as senior Tory MP David Davis told The Independent to warn that allies of Mr Johnson calling for his return to replace Rishi Sunak were damaging the party.

The former minister: “Boris is not going to be the electoral asset that his acolytes claim. The continual drumbeat calling for his return is certainly going to fail, but in the process it is corroding the party’s chances at the next election.” 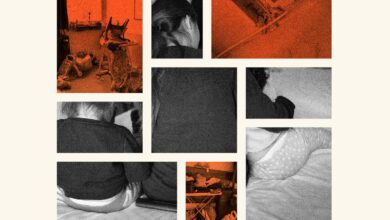 The asylum seekers stuck in hotel rooms for months on end 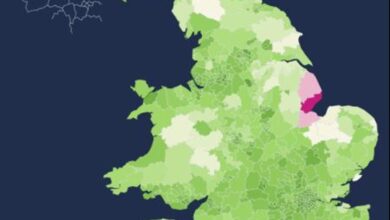