Labour is calling for an investigation after claims that the BBC chairman helped Boris Johnson arrange a guarantee on a loan of up to £800,000 weeks before he was recommended for the job by the then-prime minister.

The party has written to Parliamentary Commissioner for Standards Daniel Greenberg following a report in The Sunday Times that Tory donor Richard Sharp was involved in talks about helping Mr Johnson when he found himself in financial difficulty.

BBC chairman Richard Sharp reportedly got involved in late 2020, after a dinner at the home of an old friend, Sam Blyth, in London.

Mr Sharp, 66, had at the time submitted an application to become chairman of the BBC and was in the final stages of the recruitment process, according to a report in The Sunday Times.

Mr Blyth, a multimillionaire businessman and cousin of Mr Johnson, allegedly raised the idea of helping the prime minister with his finances by acting as a guarantor on a loan.

According to the paper, Mr Sharp agreed to help and went to Downing Street to discuss the matter with then-cabinet secretary Simon Case in December 2020. He also introduced Mr Case to Mr Blyth and spoke to Mr Johnson, the paper reported.

Mr Sharp did not deny connecting the cabinet secretary and Mr Blyth when he was approached by The Sunday Times, but he said that he did not provide any financial advice and insisted that there was “no conflict [of interest]”.

He added: “There is not a conflict when I simply connected, at his request, Mr Blyth with the cabinet secretary and had no further involvement whatsoever.”

Later in December 2020, the Cabinet Office prioriety and ethics team reportedly sent a letter to Mr Johnson telling him to stop seeking the Mr Sharp’s advice – due to his ongoing application to become chairman of the BBC.

On 6 January 2021, Mr Johnson selected Mr Sharp as his preferred candidate for BBC chairman. Then-culture secretary Oliver Dowden then announced him as the government’s choice for the role.

Mr Sharp and Mr Johnson are reportedly long-standing friends and have gone on skiing holidays together in the past. Mr Sharp has also donated £400,000 to the Conservative Party.

A spokesperson for Mr Johnson said: “There has never been any remuneration or compensation to Mr Sharp from Boris Johnson for this or any other service. Mr Johnson did indeed have dinner with Mr Sharp, whom he has known for almost 20 years, and with his cousin. So what? Big deal. All Mr Johnson’s financial arrangements have been properly declared and registered on the advice of officials”.

A BBC spokesman said: “The BBC plays no role in the recruitment of the chair and any questions are a matter for the Government.”

In the letter to Mr Greenberg, Labour Party chair Anneliese Dodds called for an “urgent investigation” as she cited the MPs’ code of conduct that “holders of public office should not place themselves under any financial or other obligation to outside individuals or organisations that might influence them in the performance of their official duties”.

She told the standards commissioner she was concerned that Mr Johnson “may have breached this section by asking for an individual to facilitate a guarantee on a loan whom he would later appoint to a senior public role”.

“The lack of transparency around it, like that of the issue raised around Mr Blyth, may give the impression that this was a quid pro quo arrangement,” she added.

It comes after Labour demanded a probe earlier this week into reports that Mr Johnson used Mr Blyth, reportedly worth 50 million dollars, to act as a guarantor for an £800,000 credit facility. 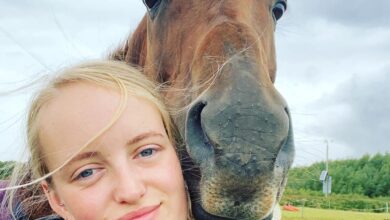