A patient who died from Lassa fever last week was a newborn baby, according to reports.

The UK Health Security Agency (UKHSA) confirmed on Friday that an individual with the Ebola-like disease had died in Bedfordshire, and that two other people  were infected.

All three cases were linked to recent travel in West Africa.

The BBC said the fatality had been an infant at Luton and Dunstable Hospital, quoting an email sent to staff by Cambridge University Hospitals NHS Trust.

Hundreds of frontline workers at the hospital, as well as at Addenbrooke’s Hospital in Cambridge, were reportedly told to isolate after being identified as potential contacts.

Lassa fever is an acute viral infection endemic in parts of Africa, and the UKHSA has assured the public that the risk of further infections in the UK remains “very low”.

Prior to the three recent infections, eight cases had been identified in the UK since 1980.

The cases are the first of the disease to be confirmed in the UK since 2009.

The PA news agency has contacted Luton and Dunstable Hospital and Addenbrooke’s Hospital for comment. 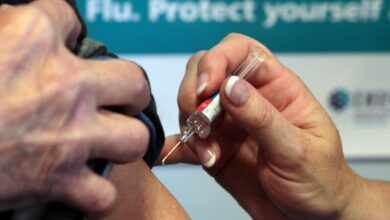