Simone Inzaghi would have been dismayed, but not dumbfounded. Inter Milan’s coach predicted such an ending back in December when the Champions League last-16 draw was made.

“Teams like Liverpool have something more,” he mused. “They always give you the idea that you’re in it, that you can score a goal. Instead, they punish you.”

And so it came to pass. It was all shaping up for an Inter triumph, persistent pressure blended with winning the duels, but then Roberto Firmino and Mohamed Salah breached their defence eight minutes apart to enact Inzaghi’s prophecy.

The scoreline will feel agonising for his charges, but enlivens Liverpool’s ambition of picking up more than one piece of silverware this season.

Amid the fog, the Football Italia nostalgia, and the thick iconic feel of San Siro, 18-year-old Harvey Elliott was entrusted with a Champions League bow against Serie A title challengers.

The youngest starter in this competition for Liverpool earned his spot in the XI with Jurgen Klopp having a fully fit squad to select from, underscoring the level of faith in his talent and ability to handle high-pressure situations.

This was exactly that: a match where, as expected, two front-foot teams who work tirelessly off the ball would offer a tight contest.

The first half ended with no shots on target, but there was no shortage of creation or almost moments. Sloppy passing from both sides may have been the chief playmaker, but it still provided a fascinating watch.

Sadio Mane attempted two bicycle kicks and should have found the target with a header from an Andy Robertson cross that he powered over the bar.

Immediately after that opening, Hakan Calhanoglu saw a rising shot cannon off the crossbar much to Alisson’s relief.

Inter were countering well, but without a sense of composure. Virgil van Dijk, Ibrahima Konate and Robertson did have to make vital interventions.

Liverpool were taking too many touches and shooting out of desperation rather than efficiency. They did manage six from inside the box in the opening 45, which suggested fine tweaks were required rather than a ripping of the script.

As a backdrop to the end-to-end showcase, Arturo Vidal seemed to be auditioning for starring role in a theatre production. If the home side were hoping their experienced head could offer calm against pedigreed opponents, they were severely optimistic.

Diogo Jota made way for Firmino at the start of the second half, which wasn’t surprising considering Liverpool were in need of an out ball and weren’t retaining possession well up front. A switch that proved inspired.

Ivan Perisic was a piercing pain for the visitors after the break, with Van Dijk morphing into a one-man repellent to stem a tide of Inter attacks.

He blocked from the Croatian and stuck out a leg to thwart Vidal before heading clear from Perisic as Liverpool were stretched.

The latter was the tonic for Liverpool, acting as a direct threat and twisting markers to undercut the superiority from the hosts. Diaz dribbled his way to crafting two chances and it looked as though the Merseysiders regained a handle on the game, but Inzaghi’s men came again and again with Denzel Dumfries particularly dangerous.

It was insane that a relentless match, played at a rapid tempo, had no shots on target from either side with 74 minutes on the clock. Firmino corrected that 60 seconds later, when he steered a superb header across Samir Handanovic and into the bottom left having got in front of Alessandro Bastoni. 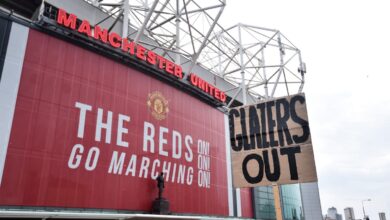 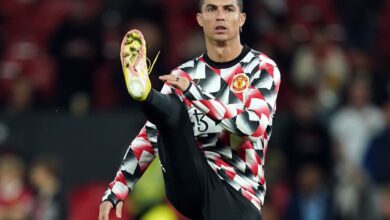 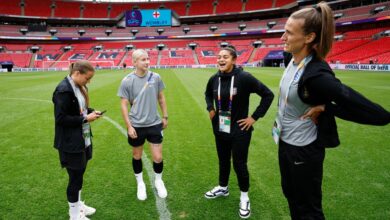