Laura Kenny called Commonwealth gold her greatest ever after a year that left her ‘lost’.

The 30-year-old lifted the roof off London’s velodrome with scratch race victory, a magical moment that she felt stacked up against five Olympic titles.

It did so because, as she explained in extraordinary post-race interviews, of a backdrop of a silent, existential struggle with cycling.

Such was the turmoil that her third and final race at these Games could have been her last.

She said: “Honestly, I can’t even tell you how I felt last night. I just lay there with my mum and I thought I just don’t know what to do, I don’t know whether I can even put myself through this.

“It’s just so hard. It is hard enough coming in, Olympics after Olympics and getting yourself ready, without the whole rubbish stuff of your personal life.

“It’s just tricky because you are constantly under the eye. Everyone wants to watch what you are doing and it’s a really tricky place.

“To have to come through all of that and then to try and step up in front of a home crowd. In a way, I’m more proud of that than many of the other Olympic medals that I’ve won.”

The world rallied behind Kenny after she miscarried in November and had an ectopic pregnancy in January.

The impact of such suffering on her sporting life has not been fully known until today when Kenny used her gold medal platform to tell the story of a rotten run.

It was a perfect storm that Kenny compared to that faced by Adam Peaty, who has expressed his own doubts about the future here.

“I watched Adam last night and the way he reflected on his build-up, and he said he hasn’t really felt the spark in training and competition for the past two years, and that feels very much like me,” she said.

“You know when you get so much bad news that you feel a bit lost. I would say since everything that’s happened to me personally, I’ve felt lost.

“With Katie it felt like someone had ripped my arm off – someone who is so key to your team, I just felt like I had nothing.

“Everything that I thought I was working towards had been ripped away. When you’re in that mindset and you’re stepping on to the bike, day in, day out, I’m making sacrifices at home because obviously I’m leaving Albie to do it, it’s hard, it’s really hard.

“It took every single last bit of energy to get me to the start line today.”

With ten laps to go Indian rider Meenakshi Meenakshi fell down the track and Kiwi Bryony Botha rode over her body. 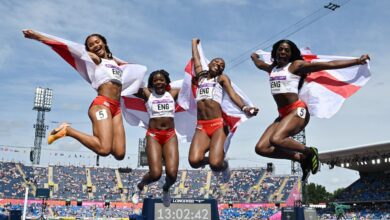 What will be the legacy of the Birmingham Commonwealth Games? 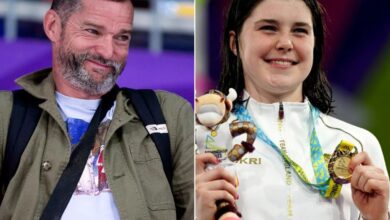