The game was notable as it included several heated moments; Savic appeared to headbutt City player Raheem Sterling towards the end.

Ultimately, it ended in a 0-0 draw that moved City to the next stage while Atletico Madrid was knocked out.

‘Stefan Savic this is a threat if I come across you ya goofy looking C*** your dead MCFC,’ read a now-deleted message posted on his Twitter page.

On Friday (15 April), the former Oasis frontman posted his remorse about his words.

“I’m really upset and annoyed at myself,” his tweet began. “I feel I’ve let all my fans down by my outlandish behaviour I’m a role model to GROWN UPS hope you can forgive me.”

In response, fans have commented with advice for his social media interactions going forward, with one suggesting that he should “never act when upset or angry”.

The musician appeared to appreciate the comment, as he replied: “Ok [thanks] for that advice I’m really gonna take that on board.”

Tears for Fears: ‘Some people can bulls*** through music, but we can’t’ 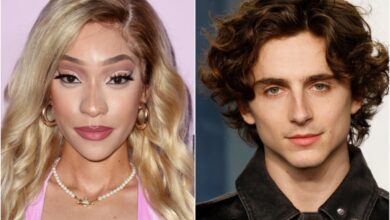