Forced to the floor of the plane, a knee to his head, Zoran was told he would be taken to Rwanda no matter what. The 25-year-old Kurd, strapped into a restraining harness “like a dog”, was one of the few asylum seekers to be taken on to the controversial deportation flight before it was grounded at the last minute after European judges intervened on Tuesday night.

“I felt like I was going to die,” says Zoran. “It felt like nothing I have ever gone through before.” He says he begged security guards not to force him on to the aircraft. In audio of a phone call he managed to make to a friend, Zoran can be heard screaming in pain. He says others were shouting too.

“The officers told me if you try to escape or run away your situation will only become more terrible,” says Zoran, who arrived in Britain by boat 40 days ago after fleeing political persecution.

“I told them I didn’t want to go there but I had a belt on my stomach and I was handcuffed. If I go back to Iran the government will kill me.”

The grounding of the plane was the end of days of political and legal drama, injunction after injunction granted for 37 asylum seekers that meant they would not be part of the flight to eastern Africa under the prime minister’s plan to deter migrants from crossing the Channel to reach the UK.

But for the men scheduled to be on the flight from Boscombe Down, near Salisbury, it was the culmination of a day filled with uncertainty, trauma and terror – and only a brief moment of respite before ministers once again raised the threat of deportation to Rwanda.

It was around 2.30pm on Tuesday when officers knocked on the door of Mohammed’s cell at Colbrook removal centre, near Heathrow, and told him he was being taken to Rwanda – a moment he had hoped would never come.

“They used their mobile phone to translate,” says the Iranian Kurd. “They asked me, ‘Do you need a harness?’ I wrote, ‘No, I want to live among you, why would I try to hurt you?’

“They did it in total secrecy. I never saw anyone else until I was actually on the plane.”

The 45-year-old arrived in Britain last month after fleeing religious persecution, but still worries about the safety of his wife and daughters, who remain in Iran. Moments before the knock at his cell, he spoke to his wife.

“It was as if we were saying goodbye for the last time. It was very painful,” he says.

Mohammed was led out of the removal centre and into an escort van, where he says he was joined by five officers – two in the front and three with him in the back of the vehicle.

“It felt like I was going to be executed,” he says of the 90-minute journey to the military aircraft testing site.

On arrival, he says he was kept in the van for hours, a camera recording his every move. ”I was just sitting in there,” he says. “I didn’t even have permission to get some fresh air unless I wanted to go to the bathroom.

“I was really puzzled. I was thinking, ‘What crime have I committed to be treated like this?’ It was very humiliating.”

While Mohammed sat in a van awaiting his fate, so too did other men pulled from their cells. Taha, 36, says when officers came to the detention centre he was so afraid he passed out.

“I could not breathe so they had to take me from the detention centre by stretcher,” he says. “I also could not do anything because they used handcuffs.”

The father of four, who landed on British shores on 17 May after fleeing Iraqi Kurdistan, says he was given the news he would not have to get on the flight only just before 10pm.

“I beg the UK government to take me out of this detention centre because I feel terrible,” he says from his cell. “I would rather choose death instead of being taken to Rwanda.” 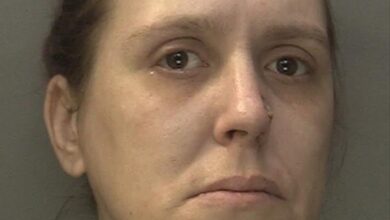 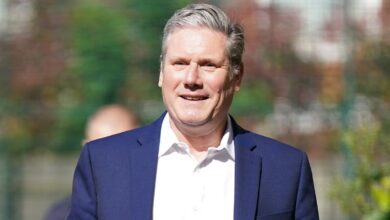