Liz Truss clashed with Joe Biden over economic policy ahead of a meeting at the United Nations summit in New York, as the US president lashed out at “trickle-down economics”.

The prime minister admitted on Tuesday that her own tax-cutting plans will initially benefit the rich more than the rest of Britain – insisting that economic growth would “benefit everybody” in the long run.

Ms Truss also appeared to suggest her government was willing to lift the cap on bankers’ bonuses in the City of London, despite widespread outrage among MPs, unions and economists at the proposal.

It came as Mr Biden said that he was “sick and tired” of the right-wing economic theory that cutting taxes for businesses and the wealthy will see benefits “trickle down” into the pockets of the least well-off.

But No 10 said it would be “ludicrous” to suggest Mr Biden’s criticism was directed at Ms Truss. Her official spokesman said: “Any suggestion that it’s in some way a direct criticism of UK policy would be ludicrous. No two countries’ economies are structured in the same way – each have unique challenges.”

Asked in New York about the fairness of her own tax plans, the PM told Sky News: “What we know is people on higher incomes generally pay more tax, so when you reduce taxes there is often a disproportionate benefit because those people are paying more taxes in the first place.”

Asked by the BBC about allowing bankers bigger bonuses, and whether people were entitled to wonder “whose side” she was on, the PM did not knock down the idea that the cap on bonuses introduced in the wake of the 2008 financial crash could be scrapped. “What I want to see is a growing economy,” she said.

Ms Truss said she was willing to make unpopular moves in her quest for growth. “Not every measure will be popular,” she said – insisting that she was focused on “growing the size of the pie” rather than ensuring the proceeds of growth are fairly distributed.

On Wednesday, Ms Truss’s government will set out new details of the plan to cap businesses’ energy bills for six months. Asked about businesses’ demand for a longer-term plan, the PM said: “We will be providing support in the longer term. And that does include businesses like pubs.”

But business chiefs told The Independent that they fear Wednesday’s statement could continue to leave firms “in the dark”, and they urged the government to spell out exactly how and when bills will be cut. Meanwhile, Tory MPs warned that the scale of the package would have to be “huge” if the government is to save the high street this winter.

The PM and her chancellor Kwasi Kwarteng are also finalising the details of Friday’s mini-Budget, branded a “growth plan” by the Treasury, which could see the end of a strict limit on bankers’ bonuses brought in across the EU after the 2008 financial crash.

Mr Kwarteng is expected to announce the set-up of low-tax and low-regulation investment zones. He is also said to be considering a bold plan to bring forward a 1p cut in the basic rate of income tax, which was not due to come into force until 2024.

Ms Truss and Mr Biden are expected to discuss the economy, the energy crisis and the Northern Ireland protocol in New York on Wednesday, where they are attending events as part of the UN general assembly.

In a message on Twitter ahead of talks, Mr Biden said: “I am sick and tired of trickle-down economics. It has never worked. We’re building an economy from the bottom up and middle out.”

While the message appeared to be intended for a domestic US audience, it underlined the economic and political divide between the Democrat in the White House and the free-market Tory in No 10.

The White House also made clear Mr Biden’s opposition to any unilateral attempt by Ms Truss to tear up the Northern Ireland protocol, amid frustration over her legislative plan to hand UK ministers the power to override the agreement.

US national security adviser Jake Sullivan said Mr Biden would “speak in detail with her in detail” about his desire to see the Good Friday Agreement protected, and for the UK and the EU to “work out a practical outcome” on trade barriers.

‘You stabbed Boris in the back’: Rishi Sunak accused of betraying PM at first Tory leadership hustings

Zara Aleena: Aunt says ‘fearless’ niece was ‘on road to her dreams’ before she was killed minutes from home 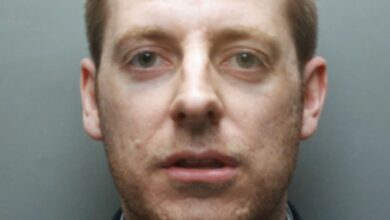